Where Hounslow residents can sign books of remembrance for Queen Elizabeth II. 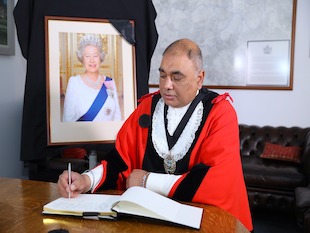 Following the announcement of the death of Her Majesty Queen Elizabeth II, Hounslow Council have opened books of condolences across libraries in the borough.

On Friday 9 September, the following public buildings opened for residents to write in the books of condolences:

All libraries have opened on Saturday, 10 September with additional books opened: