Strand on The Green / Thames Road

A substantial movement of through traffic in the area was east/west journeys along Strand on the Green and Thames Road. There were over 4,000 vehicles using Thames Road on an average weekday. A high proportion was through traffic, with drivers passing through the area from one end to the other. In both directions approximately 60% of the traffic between the western end of Strand on the Green, and the eastern end of Thames Road, passed through the area in less than 4 minutes.

To prevent traffic from using this as a through route, an access only zone from the Kew Bridge / Strand on The Green junction to the junction of Grove Park Terrace / Grove Park Road was implemented on a trial basis. This allowed vehicles to enter the zone to access residential properties and businesses in the area unchanged, but not to pass through both points as part of a longer through journey.

An independent review of the traffic data and consultation responses received during the trial period was undertaken, which informed the decision to make this measure permanent with amended operational times of 8am to 7pm, Monday to Saturday.

The start of the zone will be informed by the following signs: 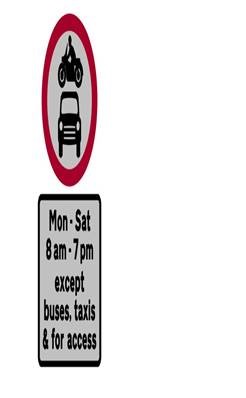