The Mayor of Hounslow, Councillor Bishnu Gurung, has chosen SSAFA (Soldiers, Sailors, Airmen & Families Association) as his charity for this year.

SSAFA, the Armed Forces charity (Registered Charity Number 210760) has been providing lifelong support to our Forces and their families since 1885 and have a national UK footprint. In 2019, their teams of volunteers and employees helped more than 85,000 people in need, the currently serving (both regulars and reserves), veterans from the Second World War and those who have served in more recent conflicts, as well as their families. SSAFA understands that behind every uniform is a person. And are here for that person – any time they need them, in any way they need them, for as long as they need them. London NorthWest is SSAFA’s local branch in the area and the Hounslow division distributed over £41,000 to local beneficiaries and helped over 40 local families during 2020 alone.

To make a donation to the Mayor’ charity via BACS  :

Alternatively you can donate via Just Giving: https://www.justgiving.com/fundraising/mayor-bishnu-gurung or by scanning the QR code below. 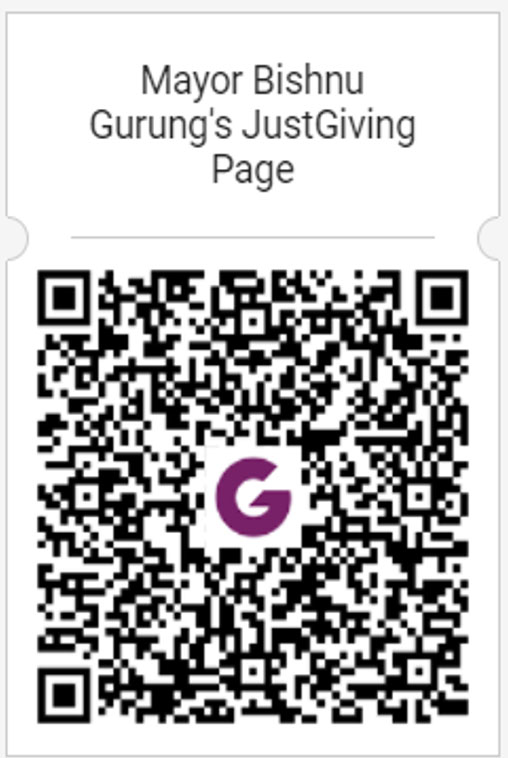 Thank you, any donations will be greatly received and will be passed directly to the Mayor’s charity at the end of the municipal year.