Sefali’s story – daughter and unpaid carer to her parents 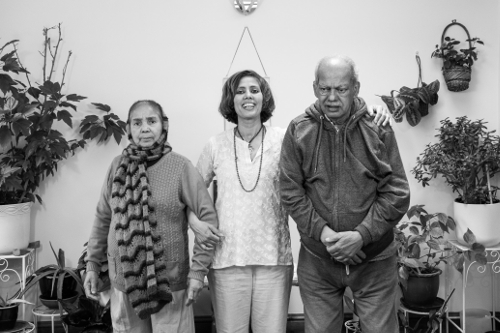 Hounslow resident, Sefali has been looking after her parents for the last 15 years.

She supports them to get out of bed, preparing meals, administering medication and supporting them to get exercise.

With encouragement from a friend, she called up social services and became officially recognised as a carer.

Sefali, who juggles looking after her parents with her job as a yoga teacher, reiterates how important it is to get a carers assessment.

She says: “It's important to be recognised as a carer because if you're on your own, what you do as a carer becomes absorbed into what you think might be ‘normal familial responsibilities’.

“I definitely advise people to have a carers assessment. I wish I took it sooner.

“I left being officially recognised as a carer until I was at my breaking point - you don't have to make the same mistake.”

The support she now receives from Hounslow Council enables Sefali to have break for herself which is crucial.

She added: “The carers short breaks service has allowed me to appreciate the distinction between what caring duties are and what simply looking after your parents is.

“It gives me a structured break from the round-the-clock attention my parents need.”