The Council has responded to the publication of the new Centre for London report, ‘London’s Contribution in the UK. 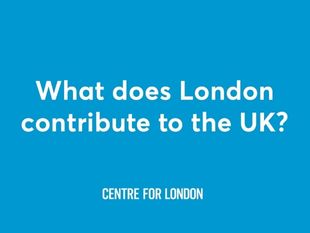 Hounslow Council has welcomed the new report written by the capital’s think tank Centre for London, which highlights how London contributes and is integral to the success of the UK as well as showcasing the challenges it shares with other parts of the country.

The report sends a warning to the Government that it cannot achieve its goal of tackling regional inequality and leave London behind – ignoring London’s key role in the creation of skills and wealth.

The report emphasises that a fair levelling up agenda, encompassing all corners of the UK, will provide a greater positive long-term impact and stimulate growth quicker. Centre for London argues that the strategy to level up the UK should focus on increasing overall investment spending, not cutting investment in London which would cause already existing inequalities to get worse.

In response to the report, Leader of Hounslow Council, Cllr Shantanu Rajawat said:

“The last two years have hit Hounslow hard – we were hit disproportionately by the pandemic with the local economy contracting 11.3% in 2020 alone, inflation at a record high and a rising number of people relying on benefits.

“The pandemic exposed deep inequalities in our borough and across the country – those with the least were often those who suffered the most.

“It’s vital that the UK’s response to the pandemic and the current cost of living crisis is a fair collaborative one, which includes equal Government support. Hounslow is already facing a heavier burden than others due to chaos in Westminster, placing a larger number of asylum seekers in hotels in the borough.

“We are simply asking for a fair investment deal that ensures London isn’t left behind in the fight to tackle inequality – we want to grow and thrive together, creating lasting social changes, not be forced to compete with other areas in need.”

“Hounslow has a range of global and local businesses - making invaluable contributions to the local economy and the country. Despite having the highest Gross Value Added (GVA) in London and second highest in the UK, that economic growth is not reaching every resident.

“Our residents are facing stark challenges such as skyrocketing household bills and rents while their wages fall or stagnate. The reality of owning their own home is also more difficult than ever, with average house prices seventeen times more than the average annual income.

“As a Council, we have ambitious plans to combat these challenges in our borough, but we need the financial backing from the government to accelerate our work. The report clearly shows that ignoring Hounslow and London’s needs in the levelling up agenda would only further worsen the needs of low-income residents, continuing to reinforce inequality and negatively impact the UK’s wider economic recovery.”