It's Wales v England tonight at the World Cup Finals in Qatar but who will the Hounslow Council Leader and Chief Executive be cheering on? 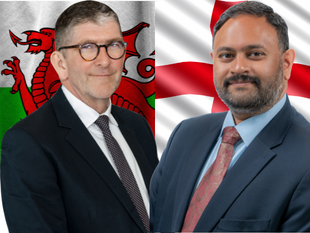 As England prepare to face Wales at the World Cup Finals in Qatar tonight, our usually united Welsh Chief Executive Niall Bolger and English Council Leader Shantanu Rajawat will be rooting for different teams as the game kicks off.

Hounslow Council Chief Executive Niall Bolger kicked off the pre-match banter saying: “With this being Wales’ only World Cup Final since 1958 when we were knocked out in the quarter finals by eventual winners Brazil, this is our opportunity to remind the world ‘Yma o Hyd’ (We’re still here). Our team is full of passion and talent, so this time we are hoping to go all the way and lift the trophy, something England have been unable to do since 1966.”

Council Leader Shantanu Rajawat shot back with: “England have no need to remind everyone that we’re still here with this being our 13th appearance in the competition since the last time Wales made the finals. After their 6-2 demolition of Iran in the opening game, the Lions will be looking forward to slaying the Welsh Dragon and booking their place in the knockout stages of the competition.”

But friendly rivalries aside, one thing both are united behind is our belief in equality for all, regardless of race, religion, gender or sexuality. While other countries may not share our progressive attitudes, both Council Leader and Chief Executive will always support our diverse and inclusive Borough and celebrate our shared values which make England and Wales such amazing places to live and work.