Officers from across the West Area Basic command Unit, along with Hounslow Council, took part in the execution of thirteen warrants in Hounslow on Tuesday 10 December. 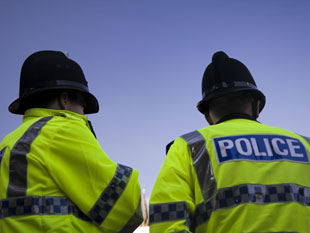 The warrants were conducted in the early hours of the morning and were obtained via the courts under section 23 of the misuse of drugs act. They focused on properties and suspects believed to be involved in cuckooing, whereby drug dealers target vulnerable people, exploit them, and move into their property to use as a location to prepare and supply drugs. Those targeted are often forced into the chain of distribution through manipulation or violence.

As part of the investigation, a drug line was identified and this had links to Hounslow, Hillingdon and Ealing as well as reaching out into the counties.

Over 60 officers were deployed on the streets with 10 officers working tirelessly in the background to obtain the warrants, conduct surveillance and process those arrested. This large scale operation, resulted in five men being charged;

All, apart from Zennub Lodhi, were remanded by the court on 11 December.

Supported by teams from Hounslow Council including Housing Resident Services, Housing ASB and the Enforcement Service, plus Community Safety, this joint operation has meant that a prolific drugs line has been disrupted and a large quantity of drugs have been removed from our streets.

Superintendent Duncan Slade, West Area CID said: “This operation has been a joint effort by officers from the West Area BCU and Hounslow Council with the aim of disrupting an established drugs line within the three boroughs. Those involved have targeted and intimidated vulnerable residents of Hounslow through fear or use of violence, moving into their homes to establish a base of operation to distribute drugs across the West of London and further afield.

“Working closely with our partners Hounslow Council, a significant amount of information was collated leading to the thirteen early morning warrants and five subsequent arrests. It is this joined up approach to tackling crime that will have an impact on those intent on the supply of drugs and use of cuckooing tactics.”

Cllr Katherine Dunne, Cabinet Member for Communities and Workforce at Hounslow Council said: “Many congratulations to the police and all those involved in bringing down this gang of criminals in this hugely successful operation. These criminals preyed on vulnerable people using fear and intimidation to get what they wanted. Their arrest sends a clear message that this type of criminal activity will not be tolerated within this borough.”