The Pothole Pledge – One Year On

The Pothole Pledge launched in October 2018 as an invitation to residents to nominate local roads that they felt required attention. 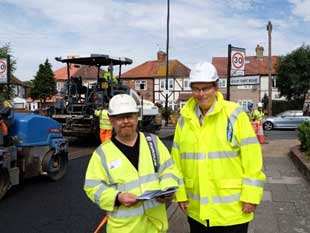 Hounslow Council in turn pledged £2 million to fix the roads deemed the most in need of repair.

Just over one year later ‘phase 1’ of works has since been completed – resulting in twenty roads being upgraded and improved. The following are the completed phase 1 locations;

Grove Park Gardens in Chiswick, which was due for repair, has had to be postponed as Cadent Gas have scheduled works planned over the coming months, this would have impacted surfaces - so this location will now be included in next year’s works.

Based on ongoing resident feedback, we will now determine which roads (in addition to Grove Park Gardens) to be included in year 2 of the Pothole Pledge. This phase will start from March 2020, so please do keep reporting any potholes you see. Many are fixed as a matter of course and less severe ones will be considered for the Pothole Pledge. You can report them easily via the FixMyStreet app which has been specially adapted to serve Hounslow residents better.

“It gives me much satisfaction to confirm the completion of phase 1 of the Pothole Pledge.

“Hounslow was already considered the best London borough for maintaining roads, but by committing to the Pothole Pledge – we showed our ambition to remain as having the best in London.

“The response from residents was extensive and an example of how we can all play our part in improving our borough whilst demonstrating Hounslow Council’s commitment to listening and responding to resident feedback.

“Having visited sites during the works, I have seen first-hand the improvement to surfaces and would like to thank residents for supporting Hounslow Highways crews at all locations.”