Hounslow publishes its contingency planning report for exiting the EU

Hounslow Council has had its contingency planning report for exiting the EU approved, it was announced by Cabinet yesterday evening (15 October). 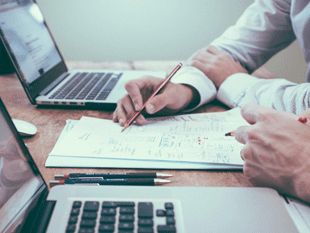 Clearly, the purpose of the report is to outline the ongoing contingency planning being undertaken by the London Borough of Hounslow in order to prepare for the UK leaving the EU with or without a deal. This report has considered any potential local and regional impact from exiting the EU and the associated risks. The priority is to ensure residents, businesses and the community as a whole are supported and the council’s contingency planning is being undertaken in line with advice from the Local Government Association (LGA) and the Government itself.

The council has also flagged up that if the UK leaves the EU without a deal, the Government has said the deadline for residents applying to the EU Settlement Scheme will be brought forward to 31 December 2020.

Cllr Pritam Grewal, Cabinet Member for Customer Service and Corporate Performance at Hounslow Council said: “This report has updated Cabinet on the continuous work being undertaken to prepare for a ‘no deal’ scenario of the UK exiting the EU on the 31 October 2019. The mitigation actions outlined in the report will enable the council to prepare for the worst-case scenario and minimise risks where possible. It is difficult to quantify the full cost impact of exiting the EU for Hounslow. However, all council costs related to this are expected to be robustly tracked, monitored and reported frequently at the Exiting the EU Resilience Group.

“Understanding the costs as they are incurred will enable the council to better plan and forecast its activities, as well as understand the impact of exiting the EU on the council. Government grants received are one-off and are expected to be managed prudently by the Exiting the EU Resilience Group.

“On the EU Settlement Status, nearly 14,000 people within the borough have already applied for it.  This is around a third of the total population of EU citizens currently living in the borough so we extremely keen to contact as many residents who haven’t applied yet to do so. Clearly, our worry is that many of our citizens are choosing to leave the country, which would explain why the EU Settlement Status figures are quite low”.

In August, the Secretary of State for the Ministry for Housing, Communities and Local Government wrote to local authorities to ensure as smooth an exit as possible from the EU. The letter requested each local authority to appoint a Exiting the EU Lead Officer, provided a list of responsibilities for this role and included an invite to a webinar for Local Authorities. Hounslow Council has appointed its Executive Director for Environment, Culture and Customer Services into this role and she in turn has formed her own Resilience Group which is meeting on a fortnightly basis.