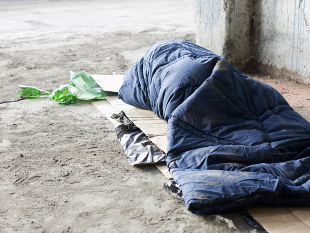 Hounslow Council is one of 16 local authorities being part funded by the The Mayor of London who has announced a new £2.35m scheme to support people with mental health needs sleeping rough in the capital.

Last year, half of all people sleeping rough in London were recorded as having mental health needs, but many do not have access to the specialist support and treatment they need. Co-ordinated by Imperial College Health Partners, supported by UCL Partners and the Health Innovation Network, the two-year project will test how new collaborative ways of working can provide targeted support and help people leave the streets for good.

Dedicated teams of mental health practitioners from NHS Mental Health Trusts will join outreach workers on the streets from organisations such as St Mungo’s, Thames Reach and Single Homeless Project (SHP). The teams could also include specialist input from a psychologist, psychiatrist or peer support worker. They will provide people sleeping rough with flexible, accessible mental health support, which better understands their needs and ensures they receive the appropriate assessment and treatment.

Sadiq Khan, Mayor of London, said: “We will continue to do everything we can to help rough sleepers off the streets of London, including doubling City Hall’s outreach team and opening new shelters. To go further, we are announcing today a new pilot to ensure dedicated mental health professionals can provide specialist support to people on the streets who need it the most.

“It’s a scandal how many people living rough on the streets are suffering severe mental ill health. I have been consistently clear that the Government must stop ignoring the root causes of homelessness and urgently invest far more in the services we need to truly end homelessness, and that includes mental health care."

Cllr Lily Bath, Cabinet Member for Housing at Hounslow Council said: “This is really good news for any rough sleepers in Hounslow, and from a council point of view, we are very excited to be working with the Mayor on this programme. It is an opportunity to support partners from across the system, including NHS trusts and outreach teams, to work together to ensure rough sleepers have better access to specialist mental health support.”

Tackling homelessness is one of the Mayor’s top priorities and this year City Hall has doubled its budget for pan-London rough sleeping services from £8.5 million to at least £18 million. Last year, the Mayor’s commissioned services supported more than 3,500 rough sleepers off the streets, and helped a further 1924 people at risk of returning to rough sleeping. The Mayor also hailed Londoners’ generosity earlier this year after they raised a record £247,000 for vital services in response to his winter rough sleeping campaign.

Funding for the new pilot will be awarded across four mental health trusts to specialist services which have been co-designed with local outreach teams and the 16 local authorities covered by the project. The Mayor has allocated £1.25million to the pilot, with £1.1million provided by the Ministry of Housing, Communities and Local Government (MHCLG).