Statement from Leader of the Council, Councillor Steve Curran and the Mayor of Hounslow, Tony Louki 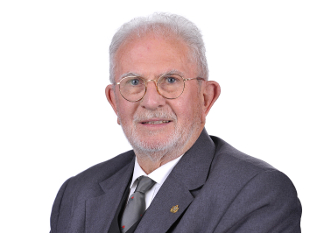 “It is with great sadness that we learnt of the recent death of Cllr John Chatt after suffering a short illness at West Middlesex Hospital. On behalf of Hounslow Council, I would like to offer our sincere condolences to his family, friends and his constituents in Feltham North Ward.

“Cllr John Chatt was one of our longest serving councillors, having served 29 years, first elected to the Council to the Feltham North ward (the ward for which he served all but four years of his council career, the other being Cranford in 2010) in 1986 and served until 2006, before being re-elected to the Council in 2010 and served continuously since then.

“During his long and distinguished career, Cllr Chatt held many posts which included being the elected Mayor from 1989-1990, then Deputy Leader of the Council in 1990-1991 and twice served as Leader from 1991-2000, and again from 2002-2004.  Cllr Chatt also served on several committees including the Policy Committee, Planning and Transport Committee, Emergency Committee, the Environmental Services Committee, and more recently as Chair of the Overview and Scrutiny Committee for a number of years - a role to which he had been reappointed in May of this year. Cllr Chatt was also made Freeman of the Borough in 2015, having served 25 years as a councillor.

“Cllr Chatt’s contribution to the borough will be greatly missed, his knowledge goes back many years having held the most senior posts in the borough over a long period of time. He oversaw significant changes and improvements to the borough whilst Mayor and Leader of the Council”.

Cllr Tony Louki, Mayor of Hounslow said: “Apart from his being on the scene these past 30 plus years as an advocate for all of the London Borough of Hounslow, as Councillor, Freeman, Mayor, Deputy Leader and Council Leader, John Chatt became a friend and mentor to me and many other rookie councillors back in the day and since. I am sad for Gail and Aaron, the rest of his family and also John's many friends within and beyond because he did give a lot more than just within the confines of Hounslow Council and was a full life led”.