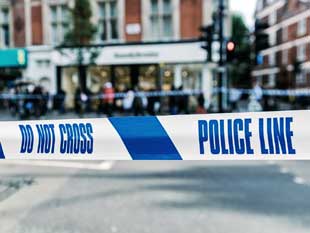 Following the conclusion of an eight-week consultation.

The obligation, a response to the knife crime crisis, contains a significant change from the plans announced in April, with the government abandoning a proposal for doctors, nurses and teachers to be held accountable if they failed to report children feared to have been caught up in a life of violence.

The new duty will hold organisations to account as opposed to individual teachers, nurses or other frontline professionals.

The new ‘public health duty’ will cover the police, local councils, local health bodies such as NHS Trusts, education representatives and youth offending services. It will ensure that relevant services work together to share data, intelligence and knowledge to understand and address the root causes of serious violence including knife crime. It will also allow them to target their interventions to prevent and stop violence altogether.

In addition, the government will amend the Crime and Disorder Act to ensure that serious violence is an explicit priority for Community Safety Partnerships, which include local police, fire and probation services, by making sure they have a strategy in place to tackle violent crime.

Hounslow’s Community Safety Partnership board will need to consider how it implements the new duty.

New guidance will also be published in due course to support the legislation, which will provide examples of different partnership models and explain how different organisations and sectors can partner with each other.

Similar public health approaches have been used in Scotland and Wales, which both bring together every part of the system to support young people and make targeted interventions before they commit violence or are groomed by gangs.

“Violent crime is a disease that is plaguing our communities and taking too many young lives.  It’s crucial that we all work together to understand what causes violent crime in the first place, so we can intervene early and prevent this senseless bloodshed.

“The increase in knife-crime and violence on our streets that we have seen across London over the past few years is of great concern and so this announcement by the Home Secretary is a positive step in the right direction.

“We support a public health approach to reducing violence and keeping Londoners safe but at a time that local authorities have all suffered a reduction in core funding by 63% since 2010, it is essential that this new way of working is properly funded.”