The two phases of the regeneration of Boston Manor have taken a step forward. 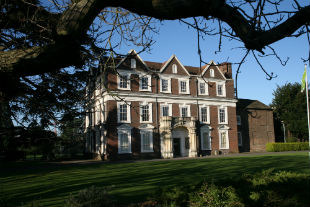 The restoration of Boston Manor House (Phase 1) will begin next week. Meanwhile, Hounslow Council Cabinet has approved proceeding with an application for a grant from The National Lottery for the regeneration of Boston Manor Park (Phase 2) at a meeting on 9 July. The National Lottery Heritage Fund and The National Lottery Community Fund have already awarded initial support to the Park project to enable the plans to be developed and a second-round application to be made for the full grant of £3.63m. The application will now be made and Hounslow Cabinet has approved the release of the next tranche of match funding, £660k for the Park regeneration phase.

The Park project includes; a Learning & Activity extension to the Park pavilion, provision of an accessible complete circuit path in the Park, improvement and refurbishment of the Lake Area, creation of a new Nature Trail with wet woodland area, ecological improvement to the existing meadow, woodlands and boundaries, and improvement of key entrances, paths and landscaping throughout the Park and implementing an outdoor activity programme which will increase usage.

Phase 1 of the regeneration project which focuses on Boston Manor House is now in delivery and capital works start this week (15 July). This phase is a two-year project, supported by The National Lottery Heritage Fund, Historic England, Greater London Authority (GLA) Good Growth Fund, the Wolfson Foundation, the Pilgrim Trust, the Heritage of London Trust and the John and Ruth Howard Trust, to restore and improve access at the Grade I listed historic house. Reopening of the house to the public is scheduled for spring 2021. For the safety of the public during the building works, there will be a fence around the works site and from today there will be no public access to the Park via the gated entrances immediately next to the House. The current pedestrian entrance next to the stables will be for stables residents use only and the gated entrance by The Ride bus-stop will be exclusively for the construction site. The main Park entrances on Boston Manor Road between GlaxoSmithKline (GSK) and Manor Vale and at Boston Gardens will not be affected.

Gaining both grants will create a regeneration for Boston Manor which will increase usage and preserve the site by upgrading both the facilities and landscape of the park, restore the house and promote income opportunities by the co-ordinated management of both the House & Heritage Core and the surrounding Park.

“It is very reassuring to have Cabinet’s backing to proceed with our grant application for Phase 2 of the Boston Manor House and Park regeneration project. Whilst the works will entail some disruption to access and enjoyment while underway, following completion, local people and visitors will have a far better experience of this magnificent heritage asset.

Through taking action now, we are able to not only sympathetically restore the House to its former glory but improve facilities and access to the splendid parkland. Additionally we will look to develop affordable workspace to support the local creative sector and to ensure that Boston Manor House will serve as a go-to cultural and leisure destination and be preserved for generations to come.”

About The National Lottery Heritage Fund

Since 1996, more than £950million raised by National Lottery players has been used to support the regeneration, conservation and increased enjoyment of public parks and cemeteries across the UK. Find out more about how to apply at www.heritagefund.org.uk

About The National Lottery Heritage Fund

Using money raised by the National Lottery, we Inspire, lead and resource the UK’s heritage to create positive and lasting change for people and communities, now and in the future. www.heritagefund.org.uk.

About The National Lottery Community Fund

We are the largest community funder in the UK – we’re proud to award money raised by National Lottery players to communities across England, Scotland, Wales and Northern Ireland. Since June 2004, we have made over 200,000 grants and awarded over £9 billion to projects that have benefited millions of people.

We are passionate about funding great ideas that matter to communities and make a difference to people’s lives. At the heart of everything we do is the belief that when people are in the lead, communities thrive. Thanks to the support of National Lottery players, our funding is open to everyone. We’re privileged to be able to work with the smallest of local groups right up to UK-wide charities, enabling people and communities to bring their ambitions to life.