New Mooring Byelaws to be introduced in Hounslow

On 18 June Hounslow Borough Council unanimously approved a proposal to introduce Mooring Byelaws in the borough. 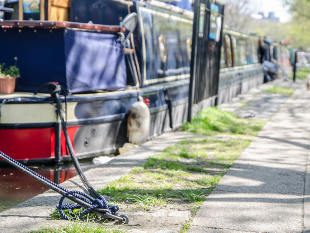 On 18 June Hounslow Borough Council unanimously approved a proposal to introduce Mooring Byelaws in the borough, giving the council the ability to control the type and style of boats moored to its land, along the borough’s 5-mile stretch of riverside.

The new byelaws will give the council a means to remove unauthorised boats quickly and efficiently, without resorting to lengthy and costly enforcement actions which often fail to produce the desired result. It will enable the council to ensure mooring is restricted to regulated sites and that pollution is controlled.

Illegal moorings present five main issues for LBH; the inability to remove unauthorised boats without costly legal proceedings, the pollution of the rivers through unregulated foul water discharge, the dominance of poorly maintained boats/vessels which has health and safety implications, Illegal and anti-social behaviour and interference with the council and public’s lawful enjoyment of the open spaces.

The byelaws are intended to allow the authority to regulate un-licensed mooring in areas which are not suitable for long term residential occupation. The byelaws will not affect any existing approved moorings or approved future developments or rights of navigation and will bring rules in line with those that apply to park and open space users. Disturbance to other river users and wildlife will be minimised by ensuring that unregulated mooring ceases. The byelaws will ensure authorised users are protected and enable licenced boaters to enjoy the full benefits of river use.

“The introduction of the Mooring Byelaws in Hounslow is a necessary measure for us to take to protect and effectively manage our riverside.  Illegal mooring has for long been very problematic for the borough and not only does it prevent the public from enjoying this wonderful amenity, but is also damaging to the habitats of the wildlife that preside there.

“The Mooring Byelaws have been introduced following a lengthy period of public consultation which received a lot of support from the wider community. We now look forward to implementing the Bye Laws and seeing a positive difference to our riverside in the coming months.“