The ULEZ is coming! 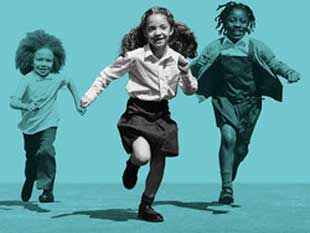 Updates to the London Atmospheric Emission Inventory (LAEI) – which analyses air quality – show that between 2013 and 2016, under the previous Mayor, there were no significant improvements in harmful nitrogen dioxide (NO2) concentrations in London’s air – with some areas actually getting worse.

The picture for London’s schools over the same period is similarly stark: in 2016, more than 400 schools were still in areas which exceeded legal limits for NO2.

The new figures come with less than a week to go until the introduction of the world-leading Ultra Low Emission Zone (ULEZ) in central London on Monday 8 April,  which will see non-compliant vehicles charged to enter the zone, 24 hours a day, seven days a week.

Although Hounslow is not currently within the London congestion charging or T-Charge zone, the eastern tip of the borough, Chiswick, will be included in the extension of the Ultra Low Emission Zone from October 2021.

The ULEZ will be enforced based on the declared emissions of the vehicle rather than the age. However petrol cars registered with the DVLA after 2005, and diesel cars registered since September 2015 are generally compliant. You can use the Transport for London online tool http://www.tfl.gov.uk/ulez to check your vehicle.

“From the very outset I have been crystal clear that I would do everything in my power to tackle London’s toxic air crisis. So far in my mayoralty, this includes cleaning up our bus and taxi fleet and establishing the largest air quality monitoring network of any major city.

“The introduction of the world’s first 24-hour seven-day-a-week Ultra Low Emission Zone next week marks a watershed moment in our fight to clean up our filthy air. The data I’ve published today gives an even clearer picture of the urgent need to take action.

“What’s more, our message to Londoners is clearly getting through – and we will continue to do all we can to support Londoners in making the transition away from older, more polluting vehicles.”

“We fully support the Mayor’s introduction of the ULEZ, which is badly needed to improve air quality to an acceptable level and protect the health of Londoners.

“Although the Borough of Hounslow sits outside of the ULEZ zone, we will nonetheless benefit from it, as many vehicles pass through Hounslow on their way to Central London.

“Hounslow Council is committed to improving our air quality through the recent adoption of our Air Quality Action Plan that sets out a whole raft of measures to improve air quality, including being the first London Borough to be introducing a Workplace Parking Levy to raise money to improve public transport and cycling / walking infrastructure. We were also the first borough to introduce electric vehicle charging points in lamp columns for residents without off-street parking. We have recently started enforcing against vehicle idling across the borough.

“We know that in time these initiatives combined will improve our air quality for the benefit of all.”

To find out more about ULEZ visit: tfl.gov.uk/ulez

Hounslow Council has added ULEZ webpages to its website about ULEZ and how it may affect the people of Hounslow see: www.hounslow.gov.uk/ULEZ

The updated LAEI data is available to view via the London Datastore: https://data.london.gov.uk/air-quality/.