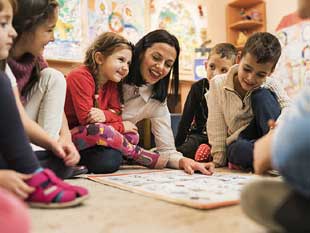 Hounslow Council are pleased to announce that children and young people in Hounslow with special educational needs (SEND) are achieving well and making good progress compared to similar children nationally.

Data shows Hounslow schools are performing well above the national average and educational outcomes for children and young people with SEND, both with and without a statement of SEN or Education Health and Care Plan (EHCP), are high against almost all national benchmarks from the early years foundation stage to key stage 4.

At key stage 2, Hounslow’s performance in Reading, Writing and Mathematics combined for all pupils with a Statement or EHCP was the same as London but better than national, an improvement from last year where the performance of children in Hounslow was below London and national.

Last year, pupils with SEN support and EHCPs achieved greater success at key stage 4 and also made more progress than similar pupils in outer London, London and nationally with Attainment 8 and Progress 8 scores for these pupils higher than all benchmarks.

Councillor Tom Bruce, Cabinet Member for Education, Children and Youth Services, Hounslow Council said: “We are incredibly proud of the passion and commitment demonstrated by our schools and early years settings to provide high-quality education and support for children with special educational needs and disabilities.

“We recognise that much of this work is ongoing and that academic standards are rising for all pupils thanks to the hard work of teachers and families.

“We are confident that we can build on the actions taken this year to further develop SEND provisions and to improve educational outcomes for our young people, widening the options available to them so that they can succeed later in life.“