The Mayor of London, Sadiq Khan, launched the second round of his Skills for Londoners Capital Fund which is set to benefit thousands of Londoners, including young people not in employment, education 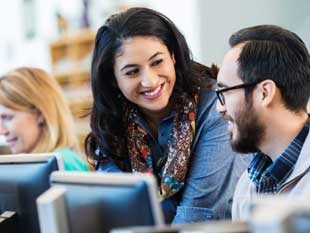 Further education colleges and training providers across the capital are being invited to bid for a share of £82 million from the Mayor of London to help thousands more Londoners, particularly young people, get the skills and jobs they need to succeed.

One of the areas focused on is offender learning, which could include further education providers working with prisons or young offender institutions to provide the skills offenders need to get jobs on release and reduce reoffending.

The funding will enable London’s further education colleges and other education and training providers to invest in new, top-quality facilities and equipment. £7.2 million has been earmarked for the Mayor’s Construction Academy – a network of high-quality construction skills providers across London working closely with construction employers, which the London Mayor launched in June.

This new funding round is part of a total pot of £114 million, made available by the London Economic Action Partnership (LEAP). LEAP is the Local Enterprise Partnership for London and is chaired by the Mayor. The total funding forms part of the wider £324 million Growth Deal secured from central Government and allocated through the LEAP. More than £25 million was invested through the first funding round earlier this year.

“We welcome the London Mayors initiative to help more people gain the specific tools they need to succeed in this ever-changing economy.

“As a council, we look forward to the opportunity to apply for funding to support all our residents, of all ages, to ensure that they are equipped with viable skills that employers require in work.

“The transformation that this project will bring will change the face of further education in Hounslow and will encourage an adaptable wide range of learners."