Action has been taken against three individuals who have been targeting worshippers outside a mosque in Hounslow. 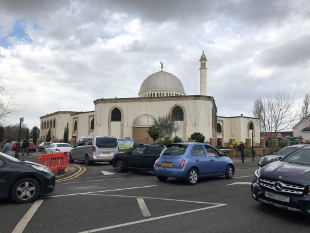 Action has been taken against three individuals who have been targeting worshippers outside a mosque in Hounslow.

Three women were each given a community protection warning (CPW) ordering them not to approach individuals on their way to or from Hounslow Jamia Masjid & Islamic Centre and ask them for money. If they ignore the CPW further action can be taken against them.

The action follows investigations by Hounslow Council’s enforcement team, supported by Hounslow Police, who received reports of organised begging by a team of women that were commuting to the mosque to coincide with the end of Friday Prayers.

Hounslow Council’s Cabinet Member for Community Protection said: “These individuals were specifically abusing the kindness of worshippers who were falsely led to believe that they are helping the homeless or destitute. It is clear that in this instance this was not the case.

“Giving to charity is one of the cornerstones of Islam and these individuals were taking advantage of that by lying about their circumstances.

“The Imam is also recommending that worshippers instead give their money or time to genuine charities, such as the homeless charity St Mungo’s or the local homeless charity, The Soup Kitchen, so their kind donations can really make a difference to the lives of some of our most vulnerable residents.”

“We will be advising attendees through a flyer to be distributed during Friday prayers to consider giving to relevant charities instead.”