Travellers moved on in less than a day

A group of travellers who trespassed on council owned land were promptly removed, less than 24 hours after they forced their way into the premises. 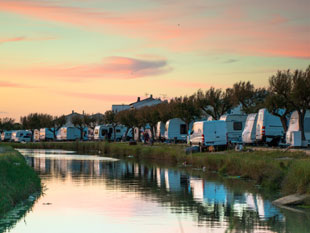 A group of travellers who trespassed on council owned land were promptly removed, less than 24 hours after they forced their way into the premises.

Around 25 vehicles took over land at Hanworth Air Park Leisure Centre when a height restriction barrier was opened to allow a delivery vehicle to enter the site.

Hounslow Council’s enforcement officers served notice to leave the same day they arrived (15 February) with Hounslow Police serving a section 61 notice, which gives them powers to remove trespassers, the next day. The travellers left the site without the need for any formal legal action.

Councillor Hanif Khan, cabinet member for community protection and environment, said: “This is superb work by council enforcement officers and the police in what could have been a long and drawn out situation. Their quick actions resulted in the group vacating the site quickly and peacefully.

“Lots of people visit this centre and their safety is our upmost priority. While travellers have certain rights, this group used aggressive behaviour and intimidation to access this site, which is unacceptable.”

Graham Gardner of Heathrow Motorcycle Training was on site when the travellers arrived. He said: “As well as aggressive behaviour and staff intimidation, this group of travellers forced their way on to the site almost running over a member of staff. I was unable to operate my business as the land I lease was taken over by the travellers.

“The council and police worked quickly to get them removed and I was able to resume my business the next day.”