Hounslow Cabinet Member for Parks and Leisure, Cllr Salman Shaheen attended a female football session at Gunnersbury Park which coincided with the launch of the UEFA Women's EURO 2022 tournament. 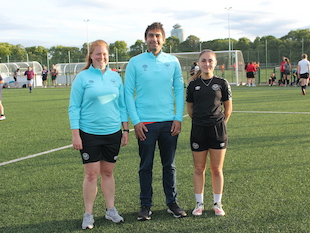 Councillor Salman Shaheen, Cabinet Member for Parks and Leisure at Hounslow Council, donned his Brentford shirt and joined a female football session at Gunnersbury Park on Wednesday night. The session, run by Brentford FC Community Sports Trust, offers women of all ages and abilities to play football in a community setting.

The event coincided with the launch of the UEFA Women’s EURO 2022 tournament, which saw England seal a 1-0 victory over Austria at Old Trafford. Brentford Community Stadium are also hosting a number of matches during the tournament.

“This football session is a fantastic example of how grassroots organisations are creating safe and welcoming environments for girls and women to play and enjoy football. This is the borough of Bend It Like Beckham. Twenty years on from a landmark film that called out the social stigma of women playing football, Hounslow is playing host to the UEFA Women’s EURO and we want to build a lasting legacy around this.

“This tournament is about so much more than just football matches; it’s about developing a lifelong love of football.” 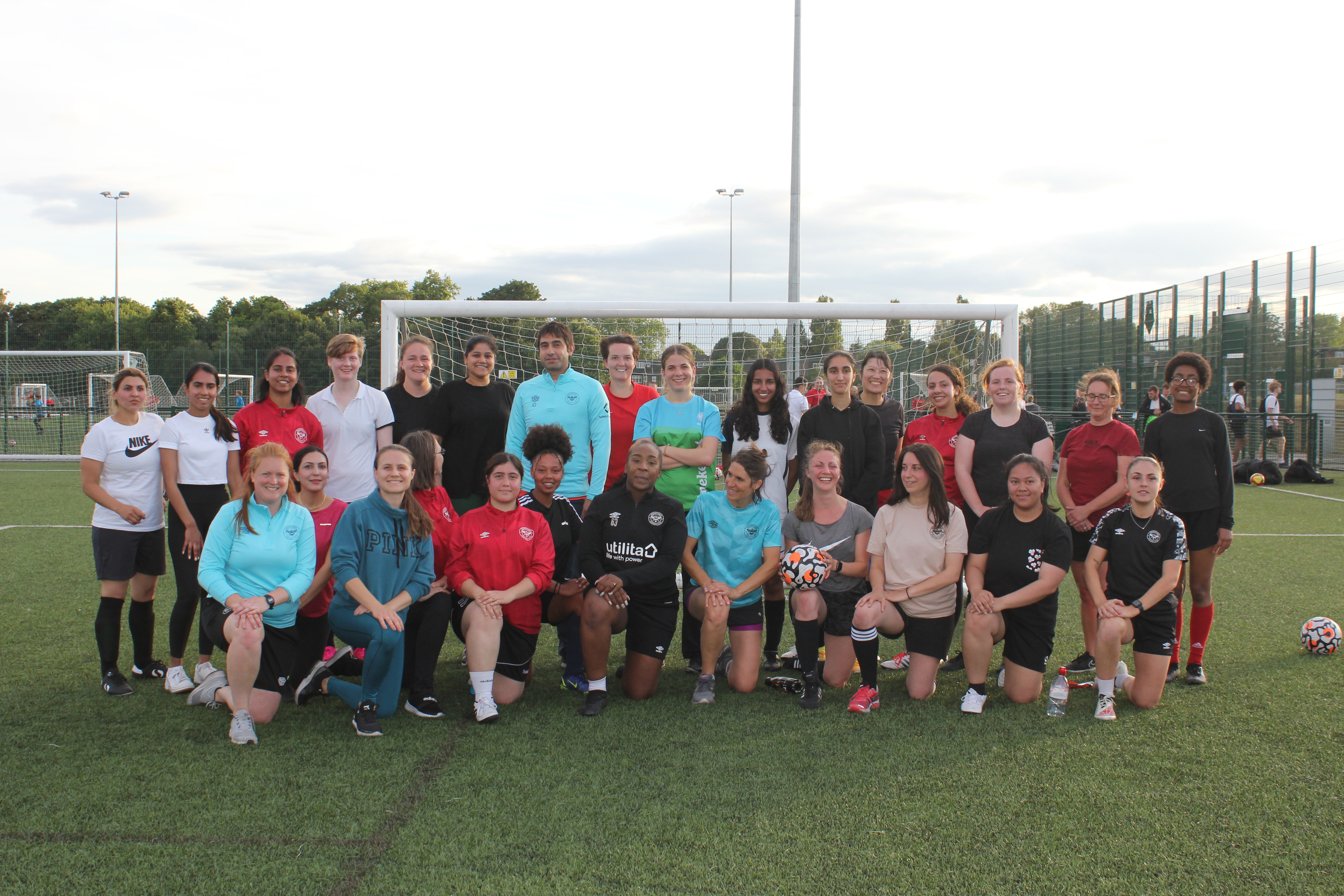 “We were asked to look at how we can increase female participation in the lead up to the tournament, and off the back of that we started these sessions in January. Since then, we've had around 120 women registered for the sessions with around 30-35 women taking part each week, all completely free of charge.

“What’s wonderful about this session is we've got a real variety of ages and abilities. We've got some who are 16, some in further education or some who are finishing Year 11 who are really interested in continuing their football journey. They all get to come together every Wednesday night, to have a laugh with one another and also improve their football skills at the same time.

“This session tonight is very much around recreation, socialising, improving their fitness, but if someone had the ambition that they want to go and play competitive football, then we've got the connections locally to set that up for them.”

Brentford’s Community Stadium are hosting a number of UEFA Women’s EURO 2022 matches, including the quarter final match on Thursday 21 July. Any remaining tickets are available to purchase online.