Members of the Conservative group of councillors at Hounslow Council have elected Councillor Peter Thompson as their leader. 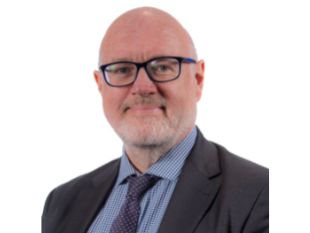 Speaking after his election, Cllr Thompson paid tribute to Cllr McGregor and committed to leading an effective opposition:

“For two years Gerald has steered the Group as an effective Opposition through the pandemic and election period, ensuring the Group worked hard in being a constructive opposition and excellent representatives of their ward residents.

“I’m extremely honoured to be asked by my colleagues to lead the Conservative Group on Hounslow Council,”

“Post-election, and post-pandemic, residents want a new deal from their local council. I am determined to act as a strong voice both for the Conservative opposition, but also for residents across the borough who want more from this council.”

“As a Council we are here to listen to and serve residents across our borough, using our resources wisely and in a way that has the greatest impact.

“An effective opposition is key to good decision making and scrutiny and I very much look forward to working with Cllr Thompson to ensure that - collectively as a full Council - we make the best decisions we can on behalf of our residents.

“We are facing difficult times ahead in the wake of a pandemic and in the throes of a cost of living crisis. Good governance and constructive relationships across the council will be key to ensuring we remain focused on doing what is best for residents in the years ahead.”

Cllr Thompson has pledged to continue his predecessor’s policy of constructive opposition to the new Labour administration. In addition to pushing the council to adopt a cleaner, greener recovery, Councillor Thompson says he will fight for a council which listens to residents on local issues such as transport, development and the cost of living.