Voters urged to register to have their say in May

Hounslow residents are encouraged to register to vote now to avoid missing the deadline on Thursday 14 April. 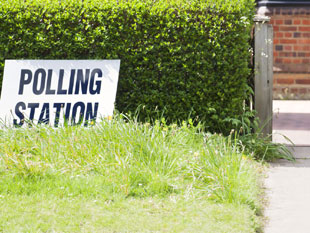 On Thursday, 5 May Hounslow residents will get the chance to have their say on who represents them on Hounslow Council.

With the deadline to register to vote fast approaching, the Council is urging people to make sure they have registered in time.

It takes just five minutes to apply online at gov.uk/register-to-vote but voters must register before midnight on Thursday, 14 April.

Anyone who is already registered can expect to receive their poll card in the post by the end of March. The poll card tells voters which polling station they should use to vote.

Voters are being asked to double check the location of their polling station on their poll card, as this might be different this time because the Boundary Commission for England has recently changed the Council’s ward boundaries.

“From schools and libraries, to social care and highways, the Council provides a wide range of vital services for the community, so it’s important that people register to vote, so they can have their say on 5 May.

“For this election there has been an increase in the overall number of wards and councillors in Hounslow borough, so it’s particularly important that people check their poll card and keep it safe, so that they know which polling station they need to use.

“People do not need their poll card to vote, but the voting process will be quicker for people if they bring it with them.”

The polling station finder can be used by voters at any time to check where they need to go to vote.

People can choose to vote in a number of ways – in person, by post or by appointing someone they trust to vote in their place, known as a proxy vote.

The deadline to apply for a postal vote or to amend any existing absent voting arrangements is 5pm on Tuesday, 19 April.

The deadline to return a new proxy vote application form is 5pm on Tuesday, 26 April.

For information on elections, how to register to vote, or how to apply to vote by post or by proxy, click here.

Stand as a candidate in the upcoming local elections

Nominations are now open for those who want to stand as a candidate in the upcoming local elections. The deadline to submit nomination papers is Tuesday, 5 April 2022 at 4pm. To book an appointment, or to find out more about standing as a candidate, please contact the Head of Electoral Services, Kully Tumber at kully.tumber@hounslow.gov.uk

The Notice of Election was published on Wednesday, 23 March and nomination papers for those who want to stand in the election can now be downloaded here.