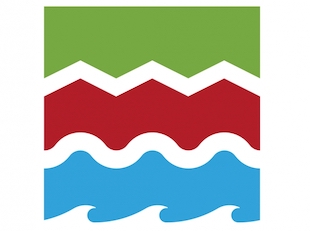 Hounslow residents won’t need the TARDIS from Doctor Who or the Back to the Future DeLorean if they want to explore the Borough’s past thanks to Historic England, who have published a searchable database of 400,000 photographs online for the first time.

Dating back to 1919, around 300,000 of the photographs are the work of Historic England’s Aerial Investigation and Mapping team with the remaining 100,000 images coming from the Historic England Archive aerial photography collection.

By opening up these images to the public through their accessible online tool, Historic England hopes that people will use it to research their local area and gain an insight into a century of changes and development. 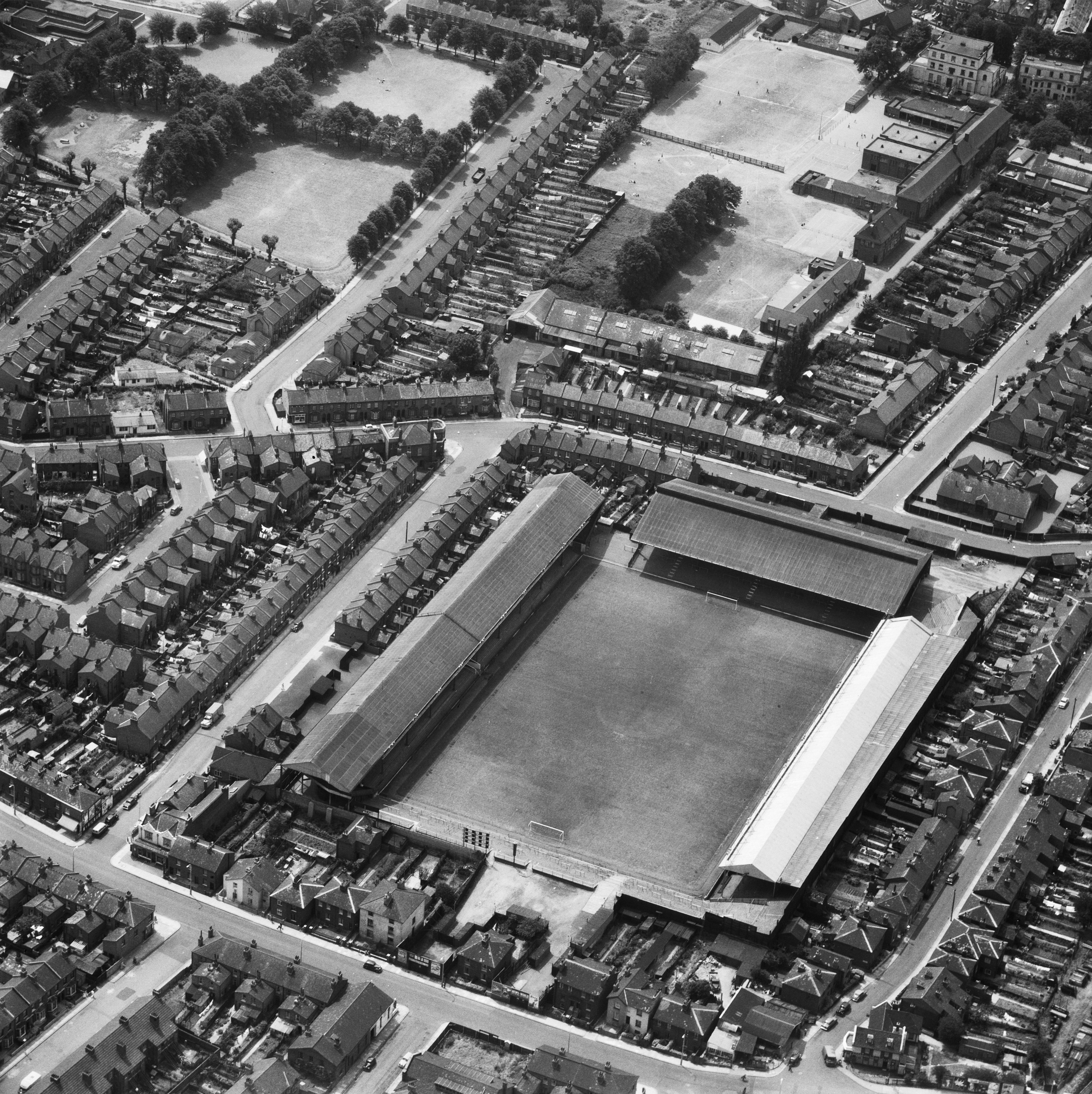 Back in 1957, the club were languishing in the Football League Third Division South. Despite topping the table early in the season, a poor run of form dropped the club to the lower reaches of mid-table by February 1957. However, a strong final two months of the season lifted the Bees to an 8th-place finish.

1957 was also the year a number of club records were set or equalled including the 0-7 defeat to Walsall and drawing 5 consecutive football league games.

Historic events have also been captured, including the devastating fire at the Sanderson Works in Chiswick in 1928 which an image showing smoke billowing into the air above the wallpaper factory. 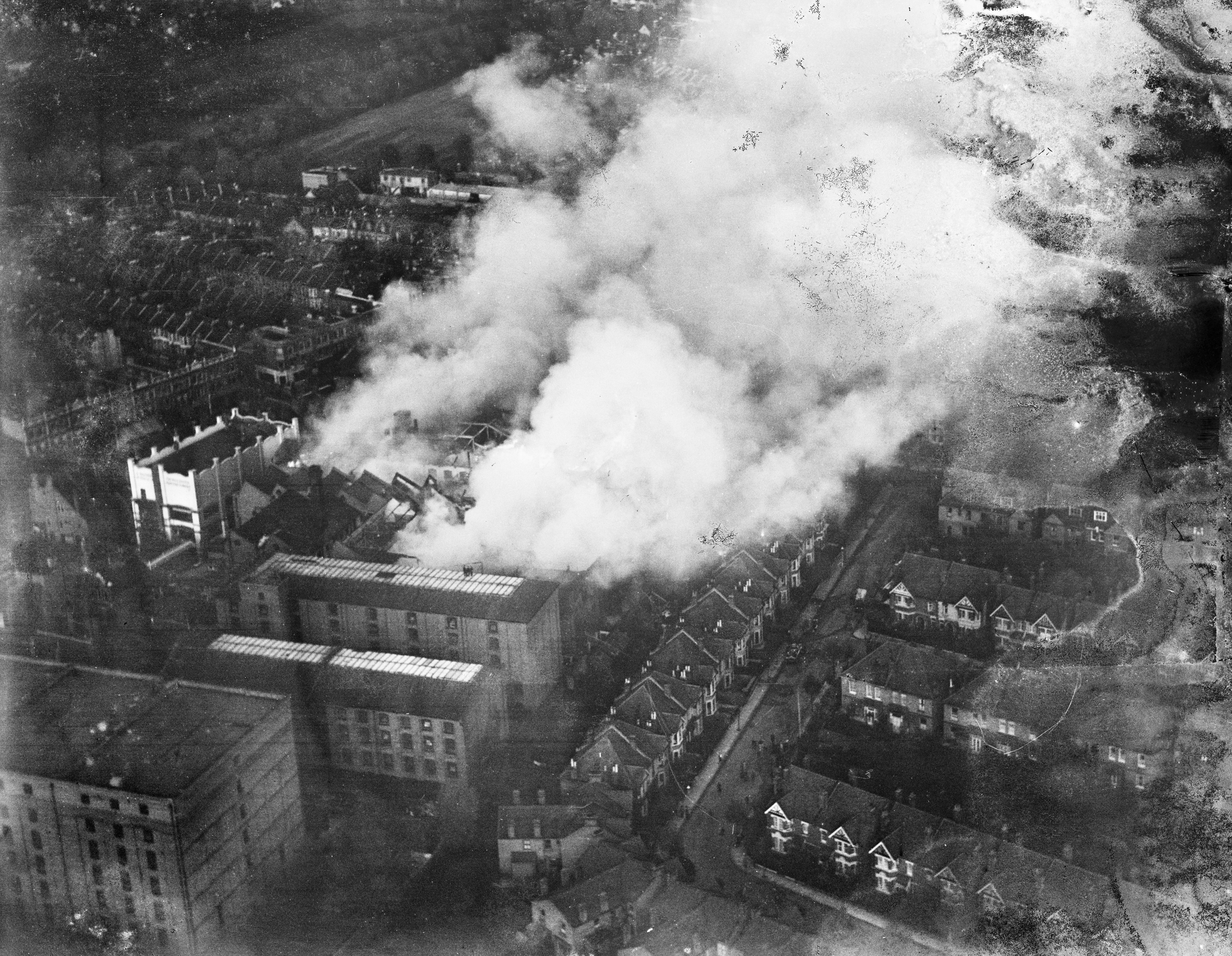 Describing the aftermath of the fire, The West London Observer said: “Practically nothing remains of the interior of the factory. Huge iron girders and sections of iron staircases prop each other up in strange ways. The girders in most cases have been bent to all shapes by the intense heat. At the bottom of the shell of walls is a mass of charred ruins.”

The collection also includes an aerial view of Hounslow High Street and Hanworth Road from 1928. 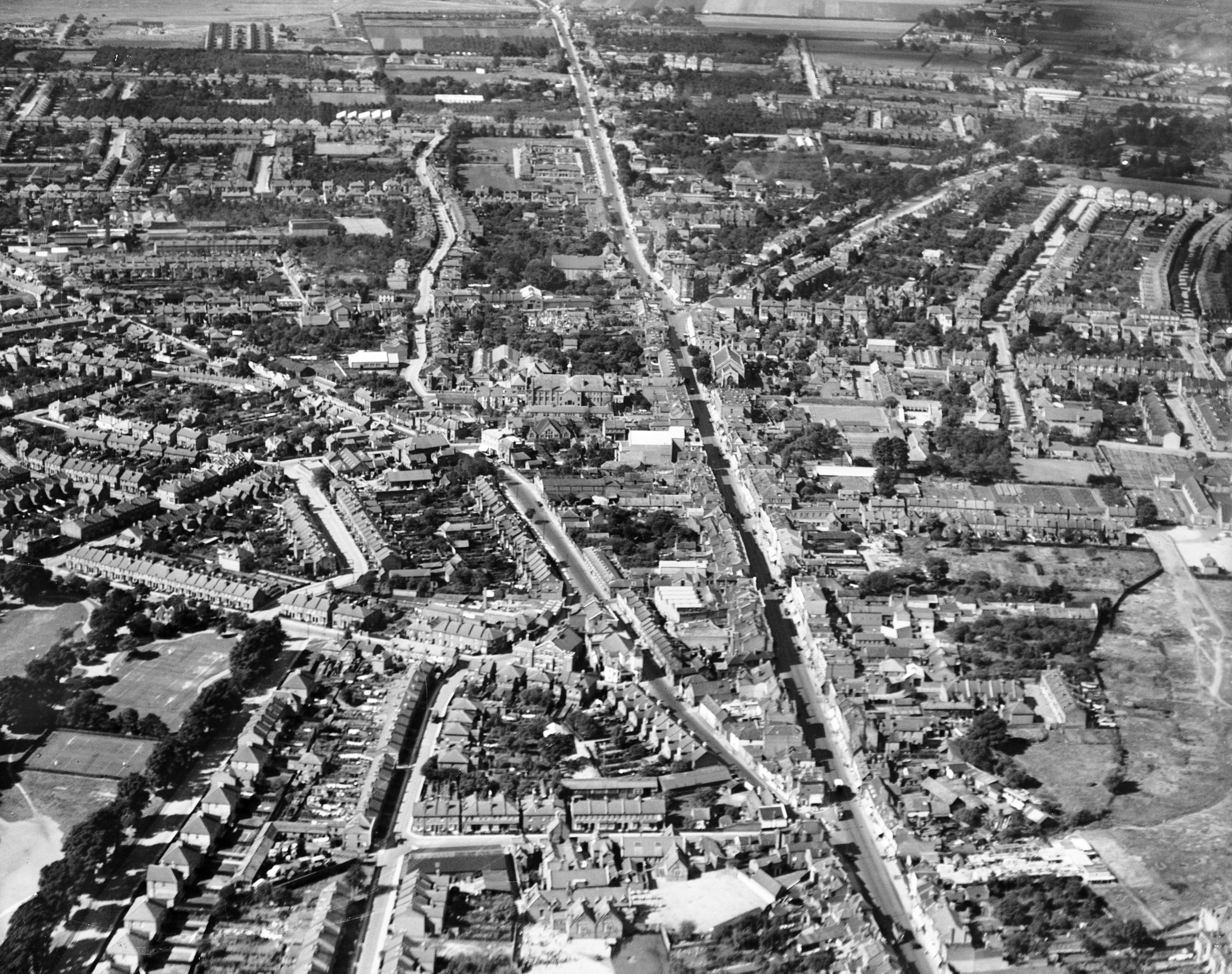 To explore the map for yourself, please visit the Historic England website.