Electric buses and changes to some bus routes

TfL have introduced changes to bus routes in the borough, and announced that electric buses are coming to a key route through Brentford later in the year. 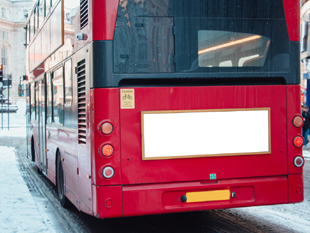 As part of a continuous review of services, Transport for London (TfL) have made some changes to bus routes at certain times. There is now increased capacity on route 235, which runs between Sunbury Village and Brentford North Quarter; in the weekday morning peak there will now be up to 10 buses per hour towards Brentford due to increased demand. New electric buses will be introduced on the route later this year, giving customers a smoother and greener journey, whilst reducing pollution and increasing air quality.

The changes also include an adjusted frequency on route 533, which runs from Hammersmith bus station to Castelnau on the south side of Hammersmith Bridge. From Monday 17 January, route 533 will run every 15 minutes at all times instead of every 10 minutes in the peak hours and every 12 minutes in the daytime on weekdays. The route will continue to run non-stop between Mortlake Cemetery and Hammersmith Bridge Road in both directions and route 190 will continue to serve all bus stops between Hammersmith and Mortlake Cemetery. The frequencies will better match capacity to demand, which has fallen on the route since Hammersmith Bridge reopened to pedestrians and cyclists.

TfL are keeping these changes under close review and due to the flexible nature of the bus network, are able to make adaptations at relatively short notice to reflect changing demand where required.

There is more information on all Tfl bus services, including how to plan your journey on TfL’s website. If you have any comments, suggestions or questions about TfL’s bus service you can contact them from Monday to Friday 8am to 8pm on Facebook or Twitter, telephone number 0343 222 1234, textphone 0800 112 3456, write to TfL Customer Services, 4th Floor, 14 Pier Walk, London SE10 0ES.  You can also fill in an enquiry form on their website.