Some of our forms will be unavailable from 1am, Monday 29 November until 1pm, Wednesday 1 December. Thanks for your patience.

London Borough of Hounslow's parks service has been named as one of the best-performing and most improved for 2020-2021 in Parks for London's 5th annual Good Parks for London report, it was announced yesterday (18 November). 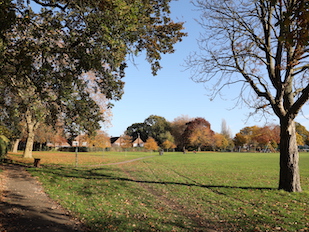 Supported by the Mayor of London, the report looks at how London Boroughs are performing against ten Good Parks criteria, including sustainability, supporting nature, community involvement, strategic planning and more.

Hounslow's parks service has been named as third-best performing and, among other Boroughs such as Barking, Hammersmith & Fulham, Redbridge, and Hackney, most improved.

Parks for London is an independent charity working with landowners and managers to protect and improve London's green infrastructure. This year's Good Parks for London report is available to read here.

This comes just weeks after the Borough was awarded 21 Green Flag Awards for 2021 and was recognised at the London in Bloom awards.

Hounslow's strategic approach to parks has been strengthened throughout the past year, ensuring the service can respond to the climate emergency and significant health, social and economic crises that have been magnified because of the pandemic.

Working alongside partner GreenSpace360, the Council runs environmental programmes and hosts green work-experience placements for residents. New meadows, bug hotels, bee banks, orchards have been created, and the Borough's communities are involved in its conservation tasks. These wins could not have been achieved without the help and initiative from local Friends groups and community groups.

Councillor Samia Chaudhary, Cabinet Member for Leisure for Hounslow, said: “It is a huge honour to know Hounslow boasts one of the most improved and third-best performing parks service in London for 2020. It has been a tough year responding to the pandemic and yet we have been working hard and will continue to improve in the months to come.

"We know how extremely valuable Hounslow’s parks are to our communities and we only achieved what we achieved because, Council and Lampton Greenspace360 staff, residents, and volunteers, dedicated themselves to work together as a real team.

"This accolade is also a fitting tribute to the great work carried out by our borough's friends of parks groups. Their commitment, pride and passion for our parks and green spaces has played a pivotal role in this success.

"A big thank you to Parks for London – this is a brilliant recognition of everyone who made it happen.”

Deputy Mayor for Environment and Energy, Shirley Rodrigues said: “The Good Parks for London Report’s focus on climate change couldn’t be more timely. This summer’s flash floods were a stark reminder that the dangers of climate change are moving closer to home and something London is likely to experience more frequently. London’s parks will have a key role to play in helping us mitigate and adapt to our changing climate.

"The Mayor is delighted to support Parks for London’s development into a Centre for Excellence, following a recommendation from his London Green Spaces Commission, helping those who design, manage and maintain parks and green spaces to respond to city-wide challenges.”