This week, Hounslow Council reached out to residents across the Borough with Recycle Week’s ‘Step It Up’ campaign, urging them to rethink their rubbish bins and reconsider how they recycle. 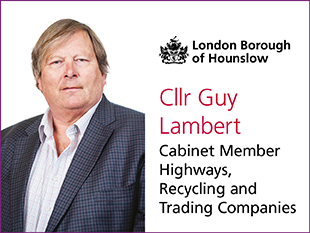 Currently in its 18th year, Recycle Week returned to Hounslow from 20-26 September in its mission to encourage everyone from retailers, local governments and the general public to recycle things the right way and often.

Almost 9 out of 10 households in the UK already recycle, but 55% of households still throw items in the general rubbish when they could be recycled.

Empty hairspray and deodorant aerosols, shampoo and shower gel bottles and even aluminium foils and trays often end up in landfill when they have the potential to be re-used, which could seriously cut down on CO2 emissions.

Recycling already saves 18 million tonnes of CO2 in the UK, but after the increase this year in climate-related crises, the ‘Step It Up’ campaign urges us all to work together and develop small but powerful habits, and to improve on what we already know.

Cllr Guy Lambert, Cabinet Member for Highways, Recycling and Companies, said: ‘Recycling is one example of the collective action we can take to reverse climate-change related damage, but it will only work if we do it correctly. This is why I’m glad we’ve been reaching out to residents with the ‘Step It Up’ message this week.’

The Council will not be stopping its efforts here, and over the next few weeks will be taking part in the UK-wide Recycle Your Electricals campaign to reduce electrical waste and cut down on the hoard of approximately 527 million small electrical items in households across the country.

Find out more about recycling services in Hounslow and how you can get involved.