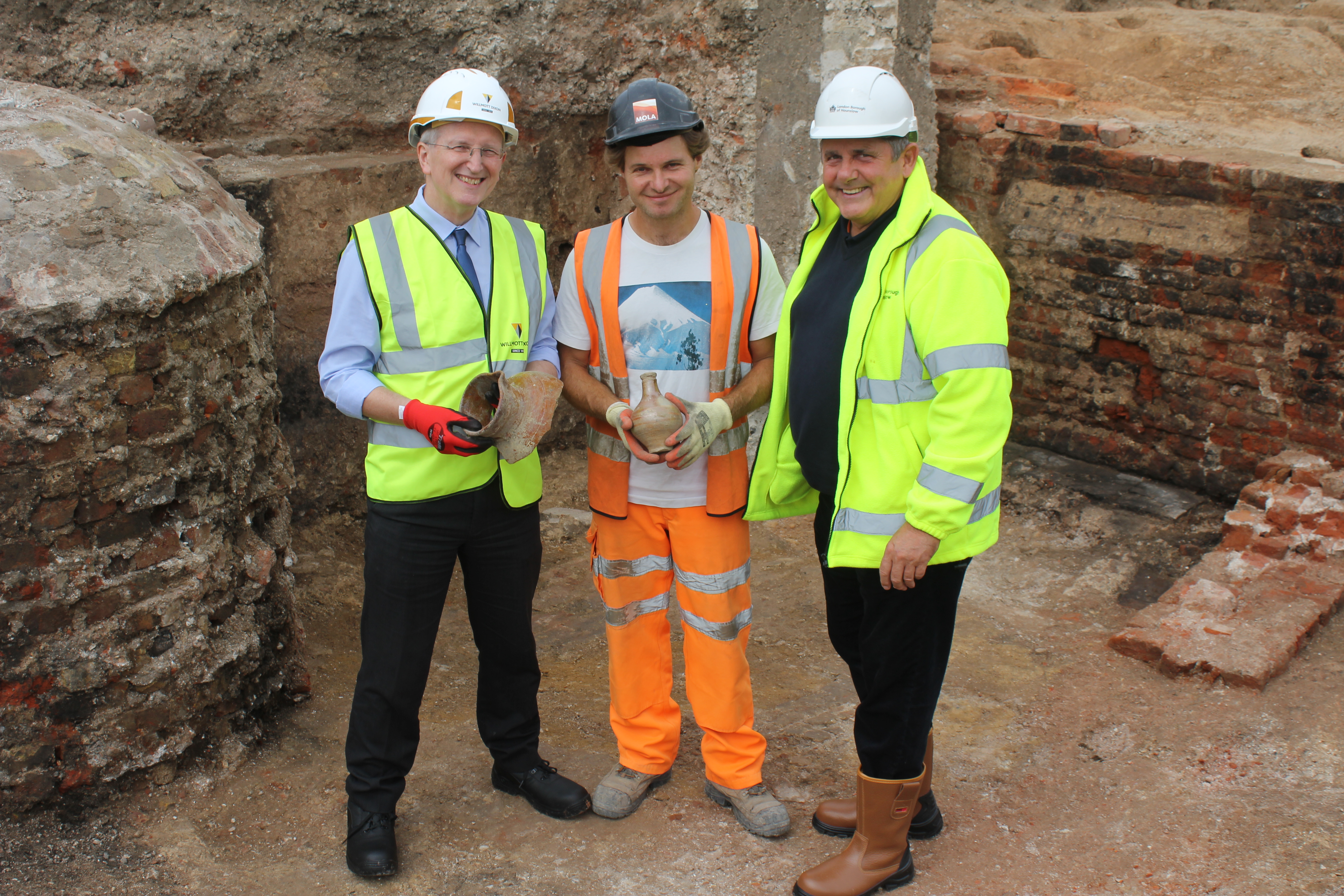 Artefacts including a coin dating back to Roman times have been found by archaeologists from MOLA (Museum of London Archaeology) commissioned by Hounslow Council to carry out an excavation on the site of an upcoming housing development on Brentford High Street.

Willmott Dixon Construction Ltd has been appointed to construct the Brentford Block D development which will include 96 council rent homes and 12 retail units, with work due to start in the autumn. The development is part of Hounslow’s ambitious wider programme to deliver 5,000 new homes in the borough by 2022.

MOLA was commissioned to identify and assess the archaeological interest of the site of the new development and Council Leader Cllr Steve Curran, with fellow Syon ward councillor Theo Dennison, visited the site to learn about what was found as part of the three month long archaeological dig.  The dig has now concluded ahead of construction starting and among the finds were two 17th century cellars, and hearths that are believed to be Roman in date. Brentford has a long history dating back to the Bronze Age, with Roman, medieval and post-medieval settlements known to have been situated close to what is now Brentford High Street. 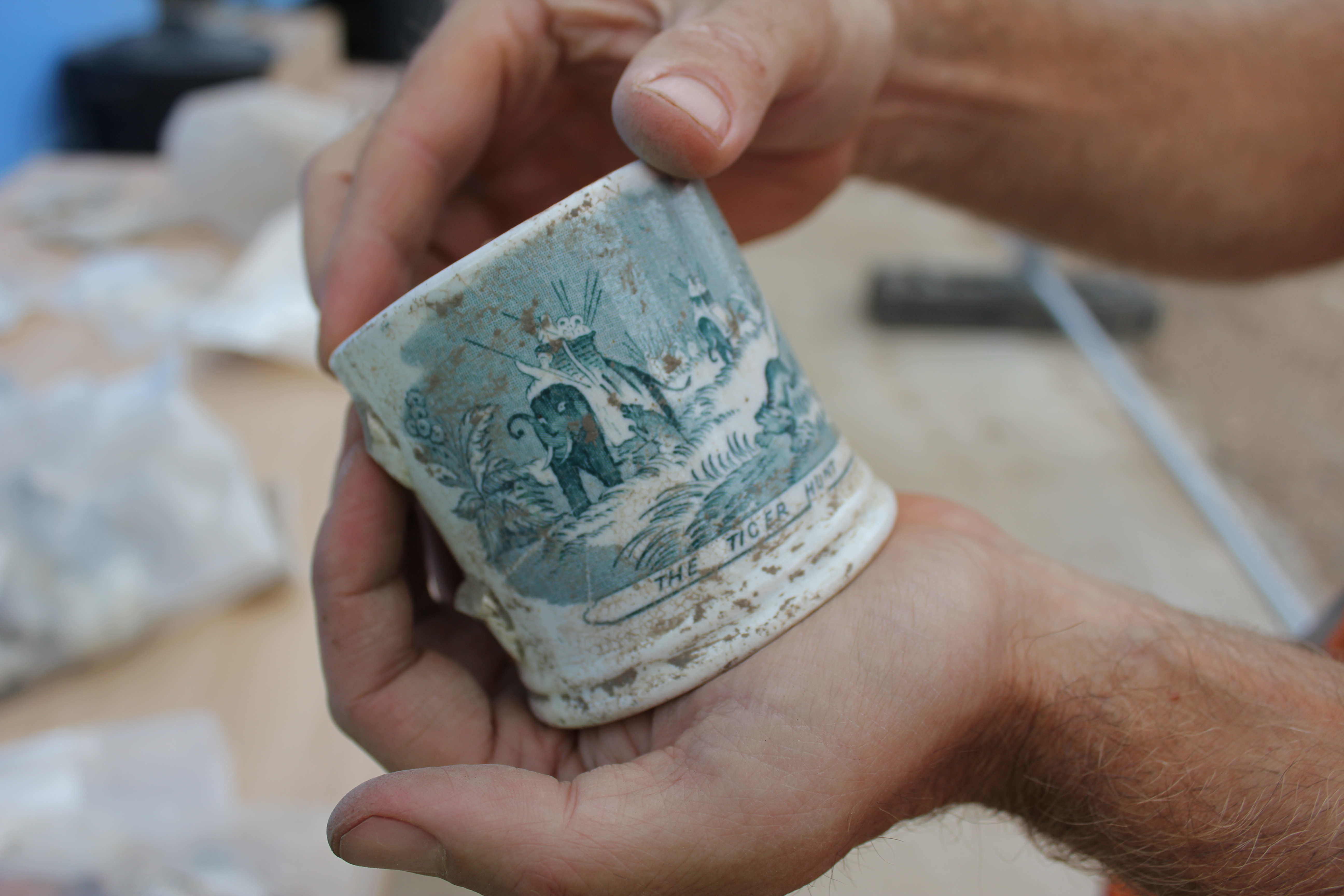 One of the artefacts found during the dig

MOLA will use the excavation of the site as a springboard for young people in local secondary schools to learn about archaeological processes and skills, including how archaeology can be used to understand the changing patterns of settlement, trade and development in the local area over the centuries.  MOLA is also hoping to host an open event for local residents and families to raise awareness about local archaeology and help people learn more about the heritage uncovered through the excavations.

Cllr Steve Curran said: “It was fascinating to see the historic items found on the site and great that MOLA will use them to work with local schools so they can learn more about Brentford’s rich history. As well as helping conserve the past, we are looking to the future with a new development that will bring much needed homes and businesses to the area.”

Sophie Jackson, MOLA Director of Developer Services, said: ‘Brentford High Street is rich in archaeology and MOLA is delighted to be able to uncover and share the stories from many different periods in the history of occupation on this site over the last two thousand years.’

Matt Kemp, Senior Operations Manager at Willmott Dixon Construction Ltd said: “There is always added interest to a project when artefacts are found prior to construction. With these now unearthed and preserved, we are excited to get started on the main construction and look forward to bringing the latest phase of the Brentford Waterside development, known as Brentford Block D, to fruition.” 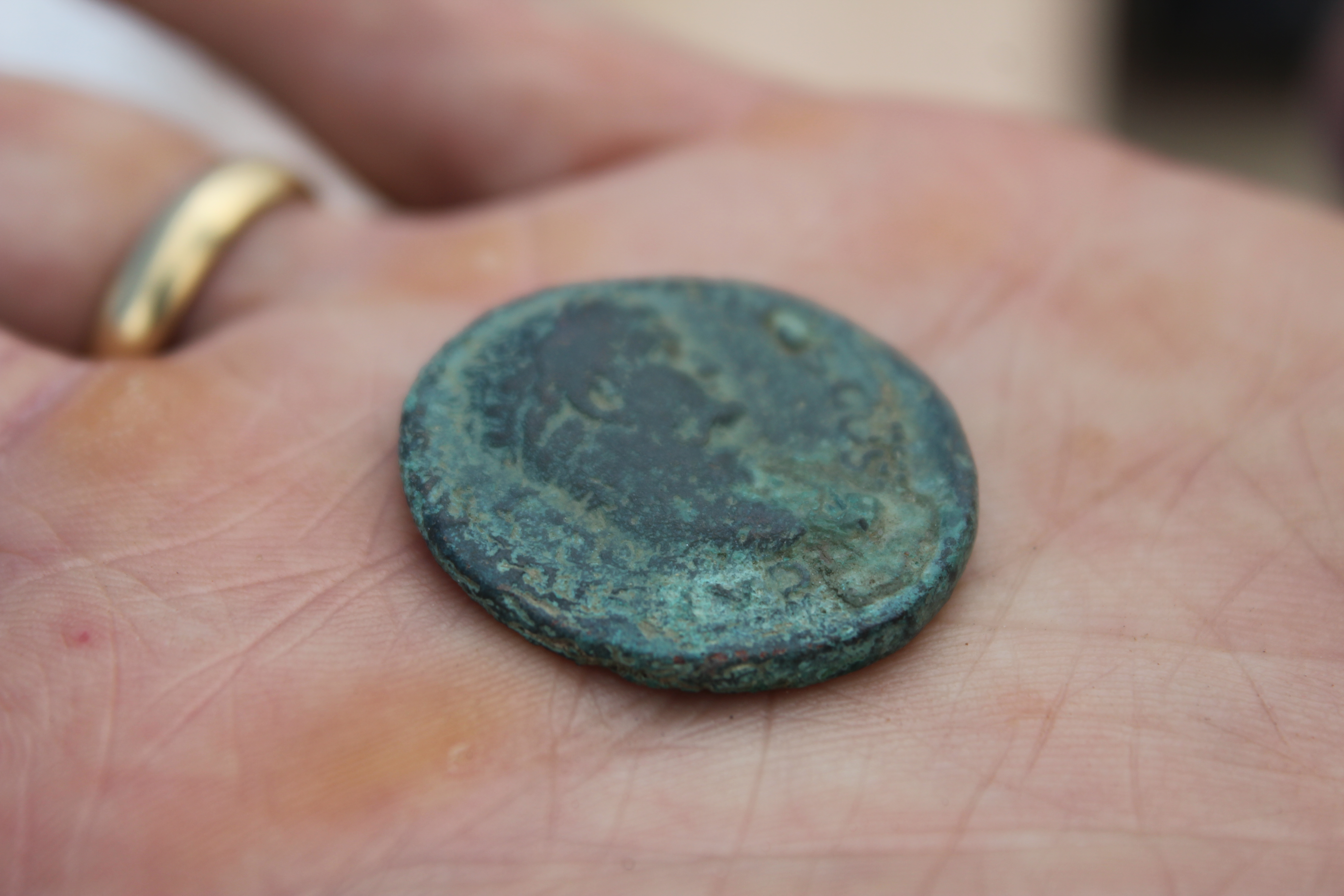 One of the artefacts found during the dig