Hounslow Council has joined tennis fans all over the globe in congratulating home-grown talent Andy Lapthorne who has won his second Wimbledon quad wheelchair doubles title. 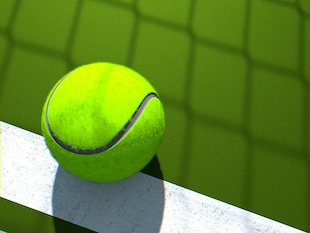 The tennis champion honed his skills at Feltham Bees Disabled Sports Club, in Hounslow, and has since gone on to achieve great sporting heights with his American tennis partner David Wagner.

The pair have claimed the title against Australia's world number one Dylan Alcott and the Netherlands' Sam Schroder at Wimbledon 2021.

Commenting on the win, Council Leader Steven Curran, said: “This is fantastic news and we are incredibly proud to be able to congratulate one of our own sporting heroes on such a prestigious win. Well done Andy and thank you for making Hounslow proud.

“Feltham Bees Disabled Sports Club is a fantastic facility and this really does prove that passion for sport breaks down barriers and brings out the best in us.”

Ward councillor for Brentford, Cllr Melvin Collins, who is himself disabled, added: “We are so proud to have Andy as ‘home-grown’ talent and as such an inspiration to lots of people who have sporting ambitions.

“A huge congratulations to him and well-deserved and we shall be keeping an eye on his career to see where his talents will take him next.

“His sporting roots here in Feltham will never be forgotten as he is now one of the top wheelchair tennis players in the world, and he now has a clean sweep of grand slam titles under his belt. His ability goes on to inspire a whole new generation of young hopefuls.”

Feltham Bees Disabled Sports Club was founded in 2002 and is a collaboration between Brentford Football in the community, Feltham Community College and local parents.

The name ‘Bees’ was chosen to strengthen their association with Brentford Football Club.

Over the past two decades the club has: