Lord Bethell has this afternoon written to Hounslow Council’s Leader, Cllr Steve Curran and Hounslow Council’s Chief Executive, Niall Bolger, to inform them that Surge status in Hounslow will come to an early close from Monday 21 June. The Government’s decision is being hailed by the Council as an acknowledgement of phenomenal efforts made by the borough’s residents. 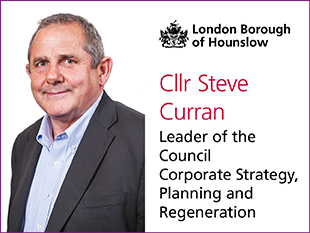 The programme, which began on 23 May, has seen tens of thousands of residents ‘Stepping Up For Hounslow’ by getting vaccinated at pop-up clinics across the borough and getting a PCR test so that we can understand spread of the Delta variant. Whilst Enhanced Response (Surge) Area status will now end on Monday 21 June – a week sooner than originally planned, the hard work on the ground to get remaining residents vaccinated and PCR tested will continue as part of the Council’s commitment to support the fight against COVID-19.

Hounslow Council’s Leader, Cllr Steve Curran, said: “Around 53,000 vaccinations have been given in the borough over the past four weeks alone. Over 100,000 residents are now fully vaccinated. The Government’s decision recognises the incredible efforts everyone has made to ‘Step Up For Hounslow’. With our partners, Hounslow Council mobilised at terrific speed to deliver this excellent work, and it is because of the fantastic, committed response of residents that Government has been able to bring Hounslow's surge status to an early close.

“But while the virus continues, there can be no room for complacency. This is the end of our surge status, but it must not be the end of our work together to defeat the virus. That is why I’m appealing to everyone; Don't Blow It. Keep getting regular LFT rapid tests. Get vaccinated when you can. Follow the rules and remember the importance of hands, face, space.”

Professor Kevin Fenton, London Regional Director for Public Health England, said: “The progress in Hounslow is very encouraging and a brilliant example of how effective we can be when we all pull together. We need to see that unity across London now, with as many people as possible coming forward for the vaccine over the coming weeks.

“It remains the most powerful and effective tool to protect yourself and your family, so please come forward if you have not already done so, including for your important second dose, and encourage others to do the same.”

Surge status will end in Hounslow after the Council's mass PCR testing event with Brentford Football Club at the Club’s Community Stadium on Saturday 19 June between 11.00am-6.00pm. Recently promoted to the Premier League, Brentford FC is supporting the Council's drive to continue getting as many people tested as possible to help tackle the Delta variant.

Residents who ‘Stepped Up For Hounslow’ during the borough's Surge PCR testing and vaccination period can benefit from enhanced Test and Trace Self-Isolation Payments if they are on a low income, need to self-isolate but can't work from home. Hounslow residents contacted by NHS Test and Trace or the Council during Surge activity in the borough may be eligible for the enhanced Test and Trace Self Isolation Payment of up to £1,000. Previously the amount eligible residents could claim was £500. The payments are for those who have had to self-isolate during Surge status (between Sunday 23 May and Monday 21 June). All PCR tests must be returned within two weeks of the end of surge if residents wish to claim the higher payment, which can be claimed for up to six weeks after any self-isolation is required.