Protecting our children’s health from air pollution in Hounslow

To mark Clean Air Day, Hounslow Council is calling for further action to tackle air pollution in the borough and highlighting the actions we can all take to reduce emissions. 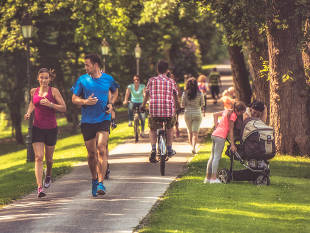 “Air pollution cuts lives short and causes disease. It can cause coughing, shortness of breath and exacerbates asthma, and in the longer-term it can increase the likelihood of stroke, lung cancer, and heart disease.”

The impact of air pollution on children has been brought into sharp focus by the story of Ella Adoo-Kissi-Debrah, a nine-year-old girl from London who suffered a fatal asthma attack.

Ella’s mother campaigned to make sure the role air pollution played in her daughter’s death was acknowledged. At the end of 2020, a landmark inquest agreed that air pollution should be listed as a cause of her death.

The impact of air pollution is a global problem. The World Health Organisation says that everyday 93% of the world’s children under the age of 15 years breathe air that is so polluted it puts their health and development at serious risk.

This year’s Clean Air Day, which takes place on Thursday 17 June, has taken the impact of air pollution on children’s health as its campaign focus.

“It’s crucial we tackle air pollution not just to address climate change, but also because of the serious impact on health for children and older residents in Hounslow too.

“I’m proud of the actions we’ve already taken to reduce air pollution. Our School Streets scheme is cutting the number of vehicles on the roads outside 26 of the borough’s schools, and this builds on many years work expanding our cycling and walking infrastructure to make this a viable alternative for many more residents.

“The good news is that pollution in the borough has fallen. We know that rates of nitrogen dioxide fell during lockdown in 2020 compared to the same period in 2019, and rates are still lower than 2019 even as many restrictions have been lifted.

“We need to lock-in the reductions we’ve seen and reduce them further. We have ambitious plans to continue to promote green travel in the borough, including the use of electric vehicles (EVs). We’re expanding the network of charge points for EVs, as well as continuing to expand infrastructure for cycling and walking.

“I urge all residents to consider the actions you can take to cut air pollution. Whether that’s driving a little less, cycling a bit more, and avoiding using wood burning stoves and open fires to heat your home. We can all do our bit.”

Residents who are concerned about air pollution can sign up to receive AirTEXT alerts. The service sends out text messages to warn residents when pollutions levels are high. This information is particularly helpful for those managing health conditions where high pollution levels pose an immediate risk.

The service is free and you can sign up at www.airtext.info