Plans to grow women’s recreational football in Hounslow have been announced in the run-up to the UEFA Women’s EURO 2022. 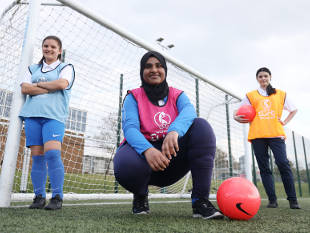 The borough's Brentford Community Stadium will host four EURO 2020 fixtures, including the first quarter-final of the tournament.

Hounslow’s schools and communities are being offered a unique opportunity to set up new football-based sessions for women and girls across the borough.

It is part of UEFA’s legacy programme that will deliver 600 football opportunities for girls in the London boroughs of Hounslow, Brent and Ealing.

“We want the legacy of the UEFA Women’s Euros to be a further upsurge in grassroots football for women and girls.

“By bringing women and girls together there are huge social benefits, and we know that exercise not only improves our fitness but also helps our mental health too.

"I urge all women to get involved in the local footballing opportunities as we all look forward to the Euros in 2022.

“I believe the women playing professionally in the Euros will inspire the next generation of female professional players, some of those will be starting out at grassroots level in the coming months.”

If your school or community group is interested in setting up a football-inspired session for women aged 16 and over, please get in touch with Sian Osmond from Middlesex FA by emailing sian.osmond@middlesexfa.com

UEFA has also begun recruiting volunteers to help out at the Women’s EURO 2022 games. If you’d like to be part of the volunteer programme, sign up online.

Find out more about how the tournament will help drive positive change within girls and women’s football at www.TheFA.com/WEURO2022/legacy.

The rise of women’s football

Women’s football is making history across the world, with an explosion in professional and grassroots football.

The success of the Women’s World Cup in 2019 inspired a huge surge in women’s grassroots football. The season that followed saw 605 new girls’ youth teams and 260 new women’s clubs established in England alone.

The immortal words of Jock Stein, that football is nothing without its fans, rang true during the recent debacle over the European Super League in the men’s game, and the same is true for the women’s game where the fanbase has seen a major surge.

A Nielsen Sports report found that audiences grew by 60% between 2017 and 2019, with almost 20% of the UK population describing themselves as fans of the women’s game.

TV viewing figures have also exploded, with the 2019 Women’s World Cup surpassing a record 1.12bn viewers internationally, and a recent RunRepeat survey of football fans predicts there will be a 296.7% increase in viewing figures when there is regular access to professional women’s football on TV.

The strength of the women’s game today stands in stark contrast to attitudes in 1921 when the FA banned women from playing on Football League grounds because it believed “the game of football is quite unsuitable for females and ought not to be encouraged." 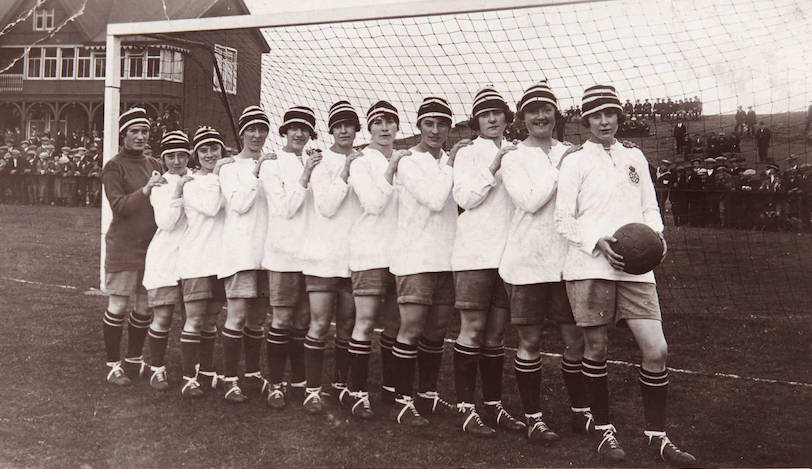 Dick, Kerr Ladies F.C., one of the earliest known women's association football teams in England, shortly before the FA ban in 1921

The women’s game is no longer such a political football. When the Brazilian women’s footballer Marta was crowned the world’s best female player by FIFA in 2019 she said “this means so much but it is not only about me. It is about my teammates and women’s football.” Her words symbolised changing attitudes and the way football is empowering women around the world.