Work to restore grand gates that were first opened by the Queen’s father in the 1920s will begin following a successful bid for funding. 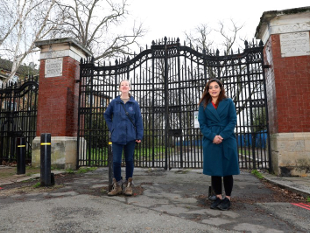 The gates, at Dukes Meadows in Chiswick, are the entrance to what was once doomed to become an unsightly mess of gasworks spanning 80 acres until the community stepped in to save it almost 100 years ago.

The gates are now monument to an important day in the park’s history when Prince Albert, who went on to become King George VI, was guest of honour at the park’s opening ceremony in 1926.

This photograph records the moment when the Prince opened the Dukes Meadows gates to the public for the first time, the same iron gates that will now be restored thanks to joint funding from the Council and the Dukes Meadows Trust and its partners. 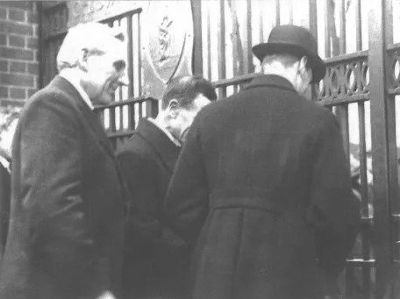 Repairs will be carried out on the gates at the Edensor Road entrance. The works include treating rusty ironwork, overhauling stonework, replacing missing parts, and galvanising the metal to preserve the gates for future generations to enjoy.

The popular gateway allows access to Promenade Approach Road, taking pedestrians through the park and past the Dukes Meadows play area to the Thames riverfront.

The idea to turn Dukes Meadows into a park first came about in 1918, when Chiswick residents objected to a proposal from the Brentford Gas Company to build 80-acres of gasworks in fields owned by the Duke of Devonshire. Their campaign to stop the gasworks succeeded and the land was bought by the local council in 1923, ahead of the grand opening.

The bandstand, which dates back to 1926, is often referred to in the famous Oxford-Cambridge University Boat Race commentary as the boats row past the stand on the River Thames each year.

The restoration project is the culmination of work that began in 2018, when the Dukes Meadows Trust commissioned a ‘gate condition report’ and went on to win a £10,000 funding bid from the Heritage of London Trust. An award of £5,000 was also received from the Worshipful Company of Ironmongers.

Hounslow Council will oversee the restoration project and has contributed £21,000 towards the works, and the Dukes Meadows Trust has committed £26,600 from its own reserves.

Paul Davis, Chair of Dukes Meadows Trust, said: “We are grateful for the generosity and vision of all the funders and are delighted to work in partnership with the council to restore these beautiful gates. We will continue efforts towards renovating the Promenade Approach Road itself and the area around the Pump House. It is an important axis in the park, linking the Thames Path to the main public facilities in the park and leads on to Chiswick and Hogarth’s House.”

Councillor Samia Chaudhary, Cabinet Member for Leisure Services, said: “I am delighted these historic gates will be protected for future generations to enjoy. The Council has further plans to improve access to the park and I’m very grateful for our partnership with the Dukes Meadows Trust who make such a big contribution to improving and managing this special park.”

Dr Nicola Stacey, Director of the Heritage of London Trust, said: “We are delighted to have advised on the restoration of these handsome historic gates and to be supporting the work with a grant of £10,000 – the project will have great community benefit and enhance this much-loved part of Chiswick.” 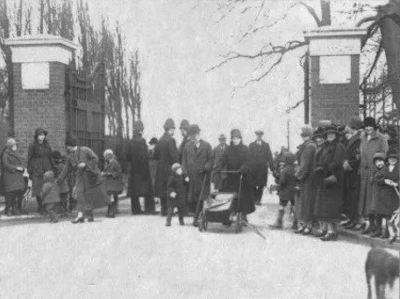 Opening day at the promenade gates in 1926 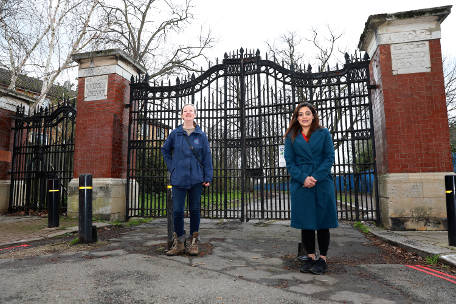 Councillor Chaudhary at the gates today