Two out of three Hounslow pupils due to start secondary school this September have been offered a place at their preferred school. 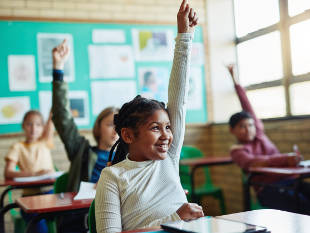 The figures were released today on National Secondary Offer Day by the Pan London Admission Board, the body responsible for the coordination of school admissions in the capital.

The figures for the borough, released today (Monday 1, March), reveal:

“It’s a nerve-wracking time for pupils, parents and carers waiting to find out whether they will get a place at one of their chosen schools, and which is why I’m delighted to hear that the overwhelming majority of pupils have been offered their number one choice of school. Also, an incredible 94 per cent of students have now received an offer for one of their six preferred schools.

“Hounslow is lucky to have excellent schools that provide high-quality education for our children. As we come out of the pandemic, I look forward to Hounslow’s schools re-opening their doors to this new year group starting in September.”

For further details on school admissions London-wide, visit www.londoncouncils.gov.uk. Enquiries specifically relating to Hounslow should be directed to admissions@hounslow.gov.uk.