Hounslow Borough Council has cautiously welcomed a report into the impact of air quality on deaths in Hounslow, published on Monday 25th January. 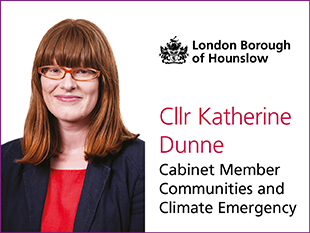 The report shows that, across the capital, the Mayor’s air quality policies and wider improvements in air pollution will help increase the average life expectancy of a child born in London in 2013 by six months.

However, the report also suggests that despite significant improvements, levels of air pollution in London are still too high.

The new study found that in 2019 over 4,000 Londoners died due to the impact of toxic air, with up to 128 those of those in Hounslow. This includes deaths from all causes including respiratory, lung cancer and cardiovascular diseases.

“As Sadiq Khan says, this report is a stark reminder that air pollution in London still represents a public health crisis and urgent action is needed. We know that the wider impacts of air pollution also include hospital admissions for cardio & respiratory conditions and the associated economic costs.

“As a Borough we are committed to measures to tackle Climate Emergency and Air Quality, and to improve the whole environment for residents. We are especially mindful of the tragic 2013 case in Lewisham where the death of Ella Adoo-Kissi-Debrah aged just nine, was found by the Coroner to have been materially contributed to by air pollution.

“We have implemented a wide range of measures, including our School Streets, to improve the quality of our environment and the air people breathe. This report shows that those are having the right impacts, but that we need to go further.

“In the coming months we will see Low Emission Zone (LEZ) emissions standards become tougher from March when heavy vehicles will be required to meet tougher Euro VI standards for emissions, the extension of the existing central London Ultra Low Emission Zone (ULEZ) to encompass Chiswick up to Kew Bridge and will impact all older cars, motorbikes, and vans, and a change to the laws on solid fuels in May to make sale of ‘wet’ wood (i.e. bags of logs) and house coal illegal”

“Making it easier for residents to leave the car behind and to walk or cycle, is a key element of our approach.