Councillor Samia Chaudhary, Cabinet member for Leisure Services and responsible for allotments, responds to criticism over the price increase. 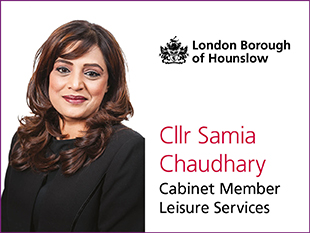 Councillor Chaudhary said: "Hounslow is committed to ensuring the borough has well-managed allotments and raising revenue is one way to achieve this. This was agreed at a seminar as part of the shaping of the new allotment strategy, attended by over 100 participants, mainly allotment holders, who concluded that increasing costs was an acceptable way to gain more revenue for the service. A public consultation was also held to shape and agree the strategy, which included the proposal to increase the costs - only 7% of the respondents openly disagreed with the principle of the increase. As a result, the strategy includes an action to look at increasing fees and charges by benchmarking with other London Boroughs.

"Hounslow was one of the cheapest places in London to rent an allotment and after the benchmarking, the new proposed charges for non-concessions are still average in London; the highest cost is now £10 per month and the lowest is less than £3 per month for concessions, which have been frozen from last year. We also abolished any additional charges that were previously in place. Concessions are one of the cheapest in London and with the standard charges we are still cheaper than our neighbours in Richmond and Ealing.

"Allotments are part of the Borough Infrastructure Development Plan and so we are hopeful that future CIL funding allocations can be granted to implement the improvements identified in the strategy. The Council has already started on improvements to our allotments with a number of local sustainable interventions and exploring new self-compostable toilets which will be piloted soon at Inwood road allotments."