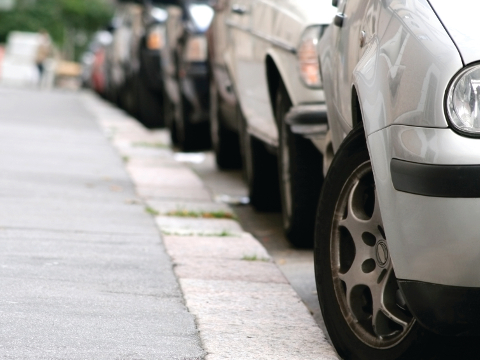 The Council took on board opposition to the closure, including issues raised by local businesses on the impact it had on trade.

With overwhelming support for the closure from residents in the road and strong support from a number of environmental charities wanting to improve safety for cyclists and pedestrians using this route, the decision was taken to implement a permanent closure.

With the removal of thousands of vehicles every day using the road as a through route air quality has improved markedly.  A key concern of many had been that the closure would make the nearby busy Twickenham Road more polluted.

However, the comprehensive monitoring programme undertaken by the council through the trial actually showed a 10 per cent reduction of pollution on this road.  This may be down to the hundreds of additional pedestrians and cyclists recorded using Church Street post-closure, and a seeming reduction in the overall number of drivers choosing to enter the area.

Road safety concerns also proved unfounded given there appears no change in the number of collisions occurring in the area. Overall traffic levels on other local roads are broadly stable.

Many have also welcomed the improvement the removal of through traffic has meant for the quality of the riverside conservation area and the space it has provided for a range of community events to take place next to the river.

A debate covering all aspects of the closure took place at the Isleworth and Brentford Area Forum last week. Representatives from both sides were heard, plus council officers went through a 500-page report of the impacts the trial closure had, including on neighbouring roads.

The area forum also heard how a full engineering review of Church Street had found that a two-way traffic flow could not be accommodated if it was to meet criteria for width standards for both road and footways.

Councillor Steve Curran, Leader of Hounslow Council, said: “This was always going to be a difficult and contentious decision. On balance though, I believe the one we have made is right going forward.

“I would like to thank everyone, from residents and local businesses to all those in the community for or against the closure, who gave us their feedback and were involved in the trial and consultation period.

“Those against the closure can be assured that the concerns that did come up will still be looked at and we still welcome feedback so we can continue to monitor any issue that may arise once the permanent closure is in force.”

Transport for London [TfL], plus cycling organisations and rambler groups had also backed the proposal for a permanent closure.

TfL said the closure was key for the development of a safe cycling ‘quietway’ route between Twickenham and Brentford and that it had significantly enhanced the Thames Path, which was a key manifesto pledge for the Mayor of London.

The Council will continue to work closely with TfL in making further improvements to Twickenham Road and surrounding streets, as well as developing schemes that will help to reduce delays for buses.