Residents are invited to go along and see a memorial plaque in honour of a former famous Hounslow resident, Pocahontas, unveiled in the borough on Monday, 20 March. 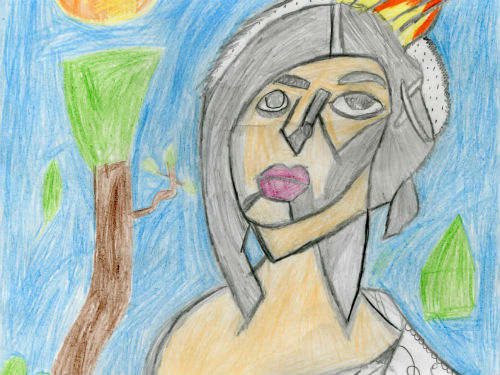 Residents are invited to go along and see a memorial plaque in honour of a former famous Hounslow resident, Pocahontas, unveiled in the borough on Monday, 20 March.

Pocahontas – real name Matoaka – lived for a short time with her family in a villa opposite the grounds of Syon House in Brentford. This year sees the 400th anniversary of her death and a plaque, designed by local artist Claire Ireland, is set to be unveiled, facing the site of the now-demolished villa in London Road, Brentford at 3.15pm.

Residents can join representatives from the Richmond Virginia regional community and the Virginia Tribes descended from Powhaton – of which Pocahontas’s father was a chief.

Pocahontas was a Native American born and raised along the banks of the James River, near Richmond, Virginia, USA. She died and was buried at Gravesend in March 1617.

Local schools took part in a competition to design a cover for the event’s commemorative brochure, with the winning entry, from The Smallberry Green School in Isleworth.

Councillor Steve Curran, Leader of Hounslow Council, said: “This is another part of the fascinating history we have here in our borough.

“For our younger residents, Pocahontas is universally known from the Disney films and for them to learn about the real Pocahontas who had lived in our borough is great. All the schools who took part in the competition sent in some fantastic designs and congratulations to The Smallberry Green School as winners.

“We do hope as many residents as possible can join us in commemorating another piece of history in Hounslow.”