What's your view on Heathrow? Have your say, Wednesday 15 March

The Government recently announced Heathrow Airport as its preferred scheme for a new runway in the southeast. 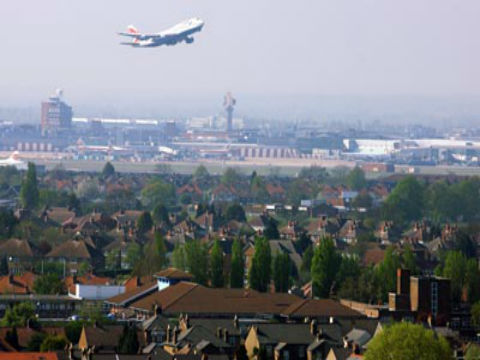 The Government recently announced Heathrow Airport as its preferred scheme for a new runway in the southeast and has now launched its public consultation on a draft National Policy Statement (NPS).

This NPS sets out the policy that applies to decisions on whether major infrastructure projects can go ahead.

The last of the consultation events hosted by the Department of Transport for residents in the borough and in every local authority bordering the airport, takes place tomorrow, Wednesday 15 March, Isleworth Public Hall, South Street, Isleworth, TW7 7BG, 11am-8pm

At the event, residents can find out more about the proposals and just as importantly, have their say.

The consultation is a vital step towards a final decision on Heathrow.

"Our position on Heathrow Airport remains, as it has always been, that we’d like to see a better not bigger airport. The government’s recommended expansion at Heathrow will have a huge impact on the residents and businesses of Hounslow, with noise, pollution and additional congestion, our main concerns.

"The Department of Transport’s consultation on a new northwest runway is an important step towards a final decision and I strongly urge all Hounslow residents and businesses to attend the event on Wednesday in Isleworth, to make sure they have their say. You can also do this online.

“The Department of Transport is providing background information, ‘Frequently Asked Questions’ and consultation response forms on their website. Leaflets are also being posted through letterboxes in Hounslow today.

“I would say to residents, please have a look at this information and put this Isleworth consultation event date in your diaries – the consultations are open to everyone”.

Full information on all consultation events and background details, is available on the Department of Transport’s website