A statement from Hounslow Council on Staveley Road protest

Hounslow Council has issued a statement about continued attempts from a small group of people to prevent works taking place on Staveley Road / Park Road junction in Chiswick. 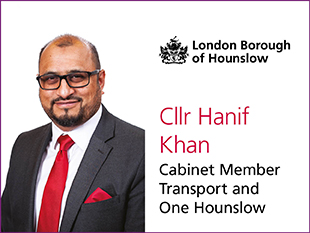 “We are installing a barrier at Staveley Road / Park Road junction in Chiswick as an experimental trial to prevent motorists using it as a rat-run and make the road safer for walking and cycling. Currently, road traffic and average speeds on the road are excessive, with many residents concerned for their safety. On 14 September our Highways team was prevented from starting works on the road by a group of residents, and we have learned this morning our team was once again prevented from starting work.

“It is not acceptable for a small number of people to prevent the Council from starting this trial simply because they don’t like the idea of it. This group does not represent the whole community.  We know that many residents in the area are fully supportive of the trial taking place and want to experience it in situ so that they can feed back and be part of the decision-making process on whether or not it becomes permanent. In addition, their actions so far have wasted resource and public money by preventing our team from doing their job.

“The scheme has been brought forward as part of our Streetspace programme, in line with emergency statutory guidance issued to us by the Government in May, to reduce through traffic and create safer spaces for walking and cycling. We have successfully implemented a large number of projects across the borough in line with this guidance and it is only at this location that works to implement a trial arrangement are being interrupted by the actions of a minority of residents.

“We strongly encourage those engaged in these illegal activities to step back, follow the law, consider the views of the wider community and give their valued opinion through the consultation process that will run alongside the trial.  It is only by trialling different approaches that we can understand what works and what doesn’t. We will not be deterred from implementing this experimental scheme as a means of finding the most appropriate way of dealing with the issue of excessive levels of traffic on Staveley Road.”