Letter to Home Secretary: Ending the blight of rough sleeping will only be achieved when everyone who is sleeping rough or who is at imminent risk of doing so can access the support they need. 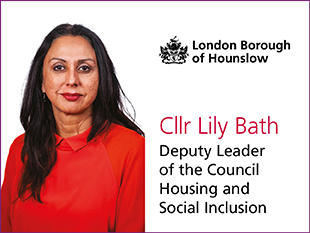 Cllr Bath is joined as a co-signatory on the letter by peers from local authorities and charities across London.

During the coronavirus pandemic, 15,000 people have been brought in from the streets by the local authorities and voluntary and faith organisations who have written the letter. Homes have been found for over 5,000 people who would otherwise have been sleeping rough.

The unique situation of coronavirus has made it possible to house longstanding rough sleepers who were previously reluctant to engage with support. Having achieved so much, the signatories to the letter now stand united in their aim to support all those who have been accommodated into long-term homes and to prevent new people taking their place on the streets. The letter contends that as things stand, restrictions on the support which can be provided to some people make it unclear how ending rough sleeping for good can be achieved. The restrictions causing concern are the legal limits on support public bodies can provide to some EEA nationals and to people who have immigration status with “no recourse to public funds.”

The signatories stress that without urgent action to address certain issues around rough sleeping, we as a society face the “unthinkable tragedy of rough sleeping going back up, even while the threat of coronavirus remains.”

The letter requests three specific and urgent points of action are taken while more broadly, the letter calls for a re-evaluation of immigration policies on rough sleeping. The letter seeks a long-term solution on this issue for the post-coronavirus period.