Hounslow Council has launched a history project to commemorate the contribution of the Windrush Generation to Britain. 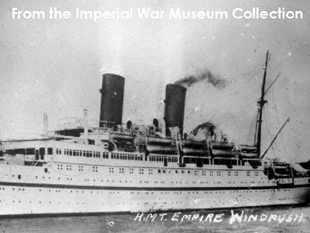 It has also called for an end to the ‘hostile environment’ which contributed to the Windrush Scandal which saw British Caribbean citizens wrongly detained, denied legal rights and threatened with deportation, and in at least 83 cases were wrongly deported.

Cllr Katherine Dunne, Cabinet Member for Communities and Climate Emergency, said: “The social, economic and cultural contribution of the Windrush Generation to Britain has been enormous. But this generation and their descendants have also faced prejudice and discrimination. Sadly, the Windrush Scandal showed that their mistreatment continues today.

“Windrush Day is therefore a day not only to celebrate the contribution the generation made to Britain, but also a time for the wider community to stand together and make sure the rights of our fellow citizens are upheld and that they are treated with dignity and respect.

“From today, we are inviting members of the British Caribbean communities in Hounslow to tell their stories of migration to the borough and their experiences after they arrived.

“The stories, photos and drawings which are collected will form part of a History of Hounslow’s Communities. This new archive will be used to educate residents and to celebrate the contributions of our diverse communities.

“We also support the Mayor of London, Sadiq Khan’s call for the Government to learn the lesson of the Windrush Scandal and end the ‘hostile environment’ policies faced by immigrants. Like the Windrush generation, many young people today are excluded from their rights to residency and citizenship by these policies.  Extortionate fees, which prevent people from gaining  citizenship status, must also be cut.”

Telling the stories of the Windrush Generation in Hounslow