Hounslow Council has accelerated the implementation of the Liveable Neighbourhood programme to transform South Chiswick into a low traffic area and improving local public space. 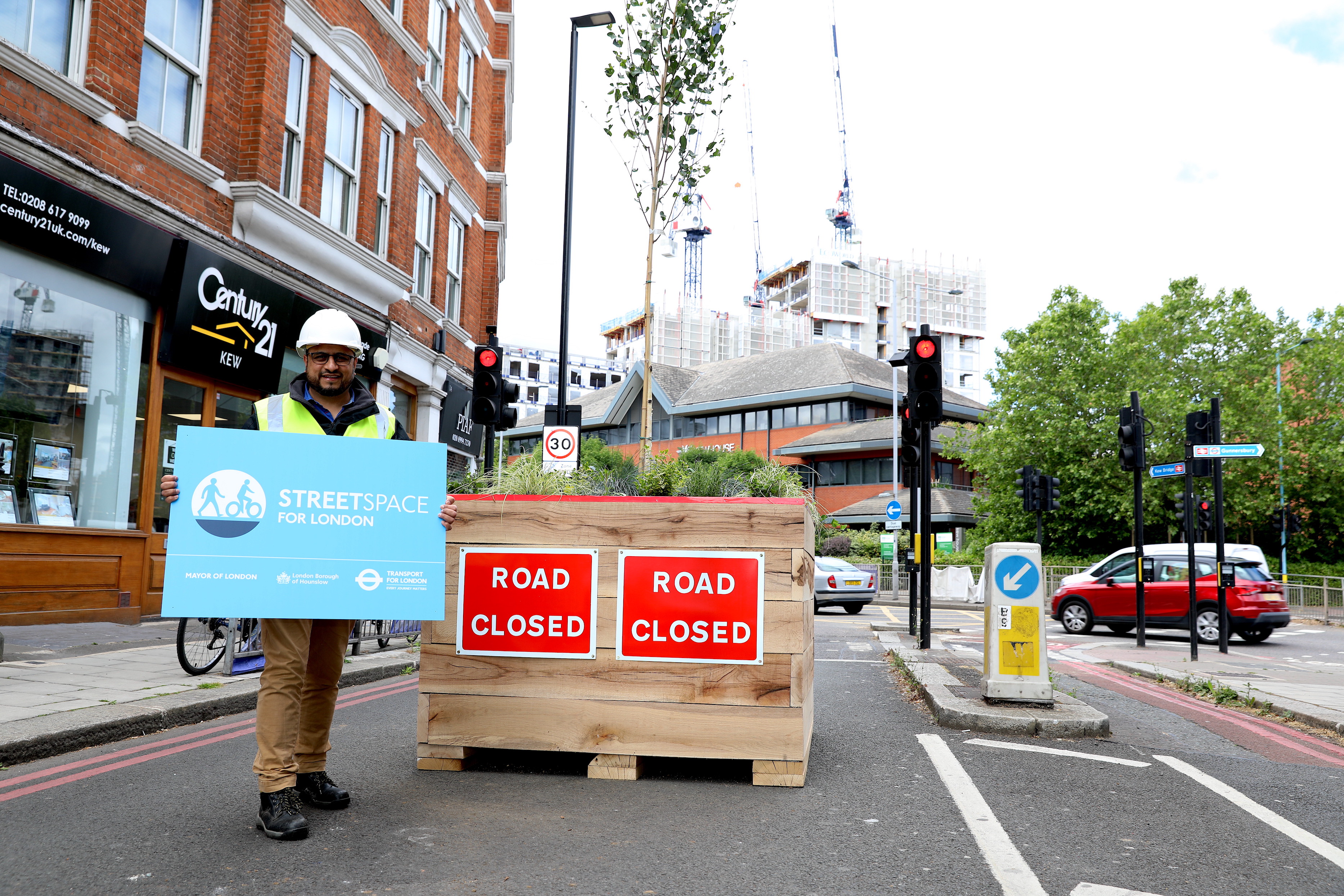 Last week Hounslow Council provided an update on a range of measures being introduced to enable people to safely travel around the borough by foot and bike, observing social distancing, as part of Hounslow’s Streetspace project. Recent statutory guidance from the Government requests such work is done as ‘swiftly as possible’, whilst ensuring that the safety of the most vulnerable road users is prioritised. Giving more people the option of making their journeys on foot or by bike will also help keep the roads clear for those who have little choice other than to drive, thereby reducing congestion as businesses start to reopen.

Implementation of Hounslow Council’s Phase 1 Programme is proceeding at pace. The picture below shows the closure of Wellesely Road (A3000) and Stile Hall gardens at their junctions with the south circular in Chiswick which was implemented on 04 June.

Hounslow Council’s response is to accelerate work on existing projects with clear benefits to people travelling by foot and bike, including the South Chiswick Liveable Neighbourhood project. This project in south Chiswick combines a range of schemes across the Grove Park and Dukes Meadows area that focus on increasing the number of trips made by foot, bike and public transport while also improving local public space.

To help shape these proposals, the Council ran a public consultation in late 2019 and collected data on traffic volumes, speeds and movements across the area. The feedback from residents, schools, businesses and local community groups has been reviewed along with the traffic data and a series of trial measures has now been brought forward as part of the Council’s Streetspace project.

These proposals aim to transform the area into being a ‘low traffic neighbourhood’, preventing motorists from using residential streets as a cut through between major roads. This will be achieved by introducing a range of closures and access restrictions, significantly reducing traffic speeds and volumes in the area.  In addition, three ‘school streets’ are proposed to remove traffic from outside school gates at collection and drop off time, improving safety and air quality while maintaining resident access to properties at all times.

“The south Chiswick Liveable Neighbourhood project was borne of a need to address public safety and quality of life for residents in the area and predates the pandemic. We have had extensive engagement with local residents and analysed traffic data to devise a range of measures that will transform the area into a low-traffic neighbourhood.  It makes perfect sense to implement these measures now before people begin to return to their place of work and children return to school, so that these measures become embedded as the ‘new normal’ and residents seize on the opportunity to switch to walking and cycling more as it will now be safer to do so.”

Temporary measures on the Transport for London Road Network, to be requested as part of the Council’s response to Covid-19:

A map of the proposals can be found here. It is intended that the first of these proposals are introduced from the end of June, with all measures being in place by September. This is subject to funding being secured from Transport for London. All measures are proposed to be trialled for a minimum of 6 months. The project website also contains more information on the consultation results, the traffic data collected and the explains the proposed measures in more detail.