Schools need clarity over how they are expected to operate over the summer, the Council’s Education Lead has stressed to government. 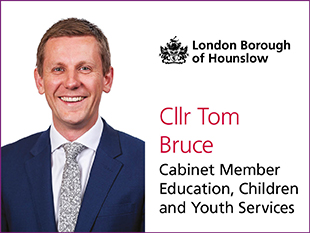 The Government has now reversed this decision and will retrospectively reimburse schools for the costs. The letter also included a series of questions on other issues, which are still outstanding:

Cllr Bruce said: “It was of course welcome that the Government u-turned on its disgraceful decision not to fund free school meals, and has done the decent thing in supporting schools and families during this extremely difficult time.

“However, it’s unacceptable that there is still so much uncertainty around how schools will be expected to operate over the coming months. It is not fair on hard-working teachers and concerned parents.

“Staff have been working non-stop since the beginning of the school closures, often in very unfamiliar and difficult conditions. Many schools in Hounslow have remained open through the Easter period, bank holidays and half term, supporting key workers and vulnerable children. They are now planning to welcome back more children, in an even more challenging environment.

“To enable schools and parents to plan effectively we need to know now what will be expected of them over the coming months. Teachers want to strike the best balance between keeping themselves and their pupils safe, while providing the best education they can. This is impossible when the Government is keeping us in the dark. We need answers.”