Future secure for rowing in Chiswick

Hounslow Council and Thames Tradesmen’s Rowing Club have reached agreement for TTRC to retain its lease of the Chiswick Boat House and develop its facilities. 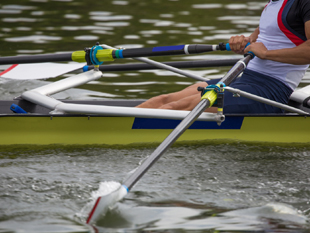 The club is one of many organisations operating at Dukes Meadows under the auspices of Hounslow Council offering a wide range of recreational facilities and activities to local residents. Over the past two years the Council has made considerable progress in advancing its ambitions to intensify the use of Dukes Meadows as a sporting hub with significant investment committed to Football, Hockey and Rugby.

With regard to the Chiswick Boat House it has been the Council’s long held aspiration to redevelop the site as a rowing facility for the benefit and use of all the residents of Hounslow. The proposed new facility will be ideally situated to take advantage of the improved accessibility to transport links across Hounslow offered by the planned walkway under Barnes Bridge and as such is a cornerstone of the Council’s development plans.

The club has had a reputation for succeeding in championing rowers from all levels and backgrounds – from young children in its junior club to veterans, social rowers and everything in between and this is reflected in the diversity of its existing membership.

Cllr Steve Curran, Leader of Hounslow Council said: “I am delighted we have now reached agreement with the Thames Tradesmen’s Rowing Club. We’ve been involved in some challenging discussions over the last two years but both the Council and TTRC have always had the interest of promoting rowing as a sport and its wider social inclusion benefits for the residents of Hounslow, particularly young people.

“The project has always had cross party support, with Cllr John Todd  who is also Chair of the Chiswick Area Forum, wholeheartedly supporting the development of the boathouse and the wider aspiration for improving sport and leisure facilities at Dukes Meadow. Cllr Todd and I look forward to working with the club in developing the Council’s plans for the new boathouse.”

Paul Arnold, TTRC Captain said: "Thames Tradesmen's is one of the oldest and most successful rowing clubs on the Tideway. It has been around for 123 years and we want it to be around for another 123 years. Our ambition is to work with Hounslow Council to introduce the local community of all ages and backgrounds to the camaraderie, discipline and health benefits of this wonderful sport.”