TfL and the emergency services remind drivers to abide by speed limits in London to ease strain on the NHS and help fight the spread of coronavirus. 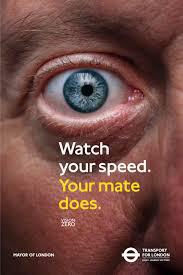 Transport for London (TfL) and the emergency services are reminding road users that, despite reducing traffic on London’s roads, the speed limit always applies and speeding is not acceptable. Reducing harm on London’s roads is a priority for TfL and the police, who are working hard to support the NHS and protect all Londoners through the coronavirus crisis. While the majority of Londoners are acting on the instruction of the Mayor and Government to stay at home to save lives, TfL and the police have reported an increase in vehicles exceeding the speed limits on the capital’s roads.

Some areas have seen average speeds increase by over 50 per cent, as a small minority of drivers seek to take advantage of quieter traffic and the Metropolitan Police have recorded shocking speeds of over 130mph during speed enforcement activity across the capital. These illegal speeds put drivers themselves at risk, but also increase the risk to vulnerable road users, such as people walking and cycling.

As part of the joint commitment with TfL to eliminate death and serious injury from London's roads, hundreds of Metropolitan Police and City of London Police officers continue to target dangerous driving across London's roads every day.

The latest statistics show a 68 per cent* reduction in the number of people killed or seriously injured on London’s roads since 20 March. Although there are fewer reported casualties, provisional data shows that when collisions occur, they are more likely to be serious or fatal, with drivers and motorcyclists showing the least significant fall in the most severe injuries. Tragically, seven people have died on London’s roads since 20 March, including three riding motorcycles and a cyclist.

“The council’s advice is consistent with the Government and TfL and is very clear; stay at home to protect the NHS and save lives. Don’t use the quiet roads during the pandemic as an excuse to flout the speed limit. Even a few miles in excess can have life changing consequences in the case of an accident

“Please limit any trips made by car to those which are essential and ideally make these trips on foot or by bike if possible, while observing social distancing.  It is critical that we avoid putting any added pressure on the NHS.”

“We are doing all we can to ensure London’s critical workers – particularly those in the NHS – are able to travel safely to and from work. Simply put, no one should be travelling on the roads unless they’re making an absolutely essential journey, and that journey should be safe and under the speed limit.

“We’d like to thank those people who are listening to the Government’s guidance and also those who are using our roads safely, and for the right reasons.