We leave the EU today and personally, its’s a very sad day for me and my family. We regard ourselves as British and Europeans and will continue to fly the EU flag in our reception to reassure all our residents who are EU citizens, and all those who visit us and work here, that you are all very welcome. Please read my statement here. 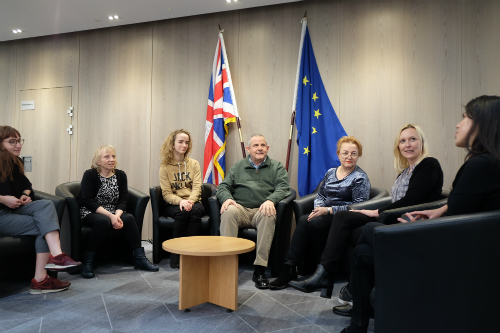 Leader of the Council, Cllr Steve Curran talking to staff from European countries such as Poland, Croatia, Germany, Norway and Romania, in reassuring them that the council values their contribution not only in Hounslow but also London and the country.

Last weekend, the Bees played in the FA Cup against the Foxes (Leicester City) at Griffin Park. They put up a good show but clearly had their sights on doing their best to move up to the Premier League and succumbed early. In the rugby, the London Irish sealed their victory against second place Northampton after a late try from Dave Porecki, and It was another great weekend for English Cricket as the boys put the final nail in the Proteas’ (South Africa) coffin winning the test series three-one with a comfortable 191 runs. Come on England! 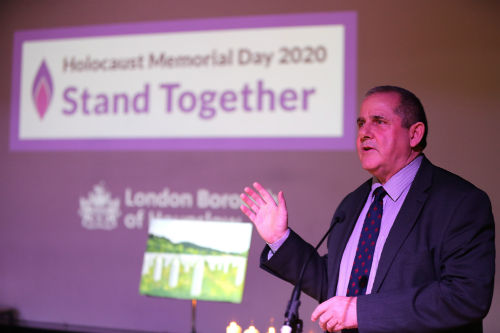 In the evening, I chaired the council’s regular Child Protection meeting where Councillor Tom Bruce, Cabinet Member for Education, and I received a briefing from Hannah Miller who is the Hounslow Safeguarding Child Protection Chair and senior officers

I was delighted to be joined by the Mayor of Hounslow, Cllr Tony Louki and the Lead Member for Adults, Social Care and Health, Cllr Candice Atterton, and while there we had the pleasure of meeting Sylvia, who recently moved into Bristol Court. I’ve known Sylvia for more than five years and she is absolutely delighted with her new home. I also met with Cleo-Jane, Community Engagement Officer at Bristol Court. It was refreshing to hear of the amazing work being carried out by Cleo and the team. Cleo helps deliver the 60+ activities programme for the residents of Bristol Court which includes daily coffee mornings, games sessions and a range of outdoor activities which focus on helping the residents to socialise, feel confident and to thrive in our community Cleo also has a wider role in engaging with local businesses, schools and transport companies, looking for potential fundraising opportunities and new partnerships. 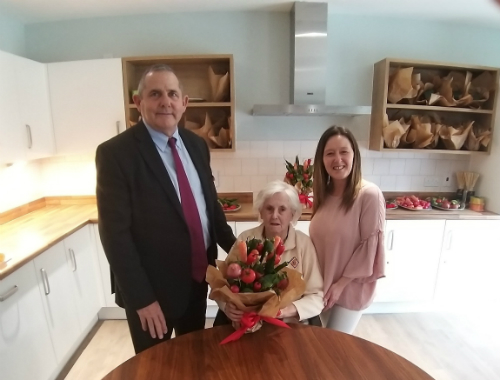 Later, I attended Borough Council, where I was delighted with the unanimous cross-party support for Lead Member for Education, Children and Youth Services, Cllr Tom Bruce’s motion of welcoming the introduction of statutory Relationship Education and Relationship and Sex Education (RE/RSE). Read the full agenda here.

On Wednesday morning, I had an appointment at West Middlesex Hospital. I won’t tell you why I was there, you won’t want to hear all the grizzly details, but you will be pleased to know I am okay!!

I also met one of my ward constituents and managed to pick up some Housing casework, but more importantly, I also met Dr. Zul Mirza, Consultant in Emergency Medicine. We had a very interesting conversation regarding violent crime and particularly around knife crime affecting young people. Dr. Mirza sees first-Counchand the devastating effects knife crime has on the individuals and their friends and family. Dr. Mirza has already joined the council in helping shape our approach in tackling violent and knife crime. We look forward to continuing our work with Dr. Mirza in the future.

Thursday was a very busy day and I was chained to my desk with a series of meetings and the endless struggle to keep on top of emails.  The only light at the end of a very long day was attending the Hounslow Cycling Campaign with Dr Will Norman, the Mayor of London’s Walking and Cycling Commissioner. Will spoke about the benefits of safe walking and cycling and Liveable Neighbourhoods. Also joining us at the meeting were officers from the council’s Transport team. 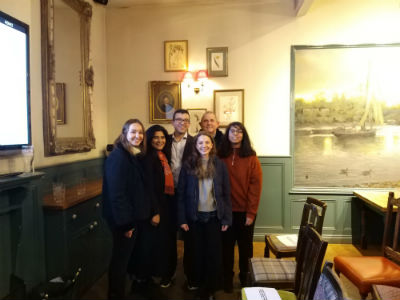 Leader of the Council, Steve Curran with Dr Will Norman, Walking and Cycling comissioner for the Mayor of London

The Six Nations kicks off this weekend with home nations; Wales, Ireland and Scotland playing on Saturday and then the first game for England on Sunday, away to France. The first game at Twickenham isn’t until next week but I would like to remind residents that it will be a lot busier around Twickenham on game day with road closures in place. For more information and regular updates follow the RFU Home Turf twitter account.

The Bees are away to 13th place Hull City in the Championship. I do hope the boys can pull back the momentum after a valiant effort against Nottingham Forest during the week.

Have a great weekend all and wrap up warm.