Hi everyone, I hope you’ve all had a great week despite the very cold evenings and early mornings we’ve had. Last weekend the Bees hammered home a five – one win over Hull City. One of Brentford’s golden boys Said Benrahma delivered with a hat trick. In the Six Nations, Les Bleus (France) trumped England twenty-four – seventeen however the bonus point did sweeten the loss slightly.

On Monday I was out and about in the borough, meeting with residents and local businesses. 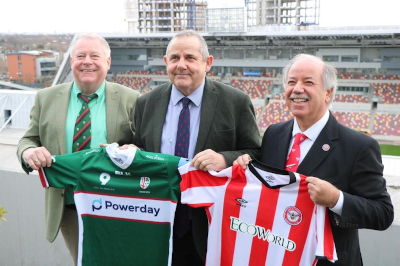 On Wednesday I had my weekly meeting with the Deputy Leader, Cllr Lily Bath and Senior Leadership Team before heading out to Brentford to see the progress being made on the Brentford Project (The Ballymore Scheme on Brentford High Street). In the evening, I attended the Brentford and Isleworth Area Forum. You can find the agenda to this meeting online.

The highlight of the week for me was Thursday. It was a chock-a-block day which started in central London for Sitematch London which puts local authority decision makers and developers in the same room with the aim to accelerate growth in London. In the evening, I made my way down to Turnham Green to meet with Amy Lamé, London’s Night Czar for her Night Surgery.

We first visited The George IV, a very well known venue on Chiswick High Road where we had the first meeting with staff from Fuller’s Brewery, The George IV, local promoters for jazz and comedy, Brentford FC, Hounslow Chamber of Commerce and community representatives. This was a good opportunity to hear first hand about the current state of Chiswick High Road’s night economy.

The meeting was followed by a drive in a police van in and around Chiswick High Road with officers from the Brentford Safer Neighbourhoods team. We were joined by Cllr Katherine Dunne, Cabinet Member for Communities and Climate Emergency.

Later on in the evening,  The Italians, an outstanding resturant on Chiswick High Road.  Here, we continued our discussion. I was most grateful that Amy chose to come to Hounslow and do a night surgery in Chiswick High Road. We are all committed to improveing the night time economy for residents and businesess and for it be a safe and family orientated place. 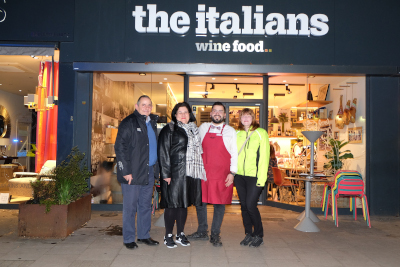 Today, I was out and about in the borough. This evening, I will be crossing the border into Richmond to attend the West London Business Awards which are being held at Twickenham Stadium.

There are more Six Nations fixtures again this weekend, England take on Scotland at Murrayfield. I really hope the boys can shake the surprise defeat from last week and pull a win out against the Scots. In football, the Bees are at home to Middlesborough on Saturday so expect the usual matchday traffic around Griffin Park. I would like to remind residents about the big game at Twickenham, next weekend England are taking on Ireland. Please plan your journies ahead and expect delays. For more information and regular updates follow the RFU Home Turf twitter account.

It’s going to get very windy this weekend as Storm Ciara is expected to hit the south west coast of England. The Met Office has issued an amber warning for gale winds. I must urge residents to be careful when going out this weekend and allow for extra time on journeys as it is more than likely there will be delays.