Hi everyone, after the very blowy weekend we’ve just had (Storm Ciara), I would like to thank all the emergency services, Hounslow Highways and all of our staff who worked in these hard conditions to keep our residents safe.

Last Friday, I attended the West London Business Awards, held at Twickenham Stadium. Congratulations to all of the Hounslow businesses that won awards. I was joined at the awards by Ruth Cadbury MP and Seema Malhotra MP. I would like to thank Andrew Dakers, CEO of West London Businesses, for the support he gives to our SMEs in the borough.

It was a fantastic weekend for Brentford Bees as they beat Middlesbrough, away, three – two. This was followed up on Tuesday night with a one-all draw with Leeds. Once again, Griffin Park was full to bursting.  For the rugby aficionados, England beat Scotland thirteen – six. England cricket brought back the One Day International (ODI) series and drew one – one against South Africa, they now move to the T20 series where I hope England can come out on top.

I had an early start on Monday morning, I went down to Strand on the Green School on Thames Road to meet with the LBH police team and parking enforcement officers.

I had been contacted recently by parents/carers who were sick and tired of some parents/carers parking on the white pedestrian crossing zig-zag lines. This puts our young children at risk of being  seriously injured or even killed. It’s totally unacceptable for lazy parents to do this!!! I consider this anti-social behaviour as many parents/carers do. Two parents were issued with fixed penalty notices for parking on the zig-zags and were fined £110 pounds each. I will be writing to the headteachers of both schools to make it clear that the council won’t accept this anti-social behaviour by a minority of parents/carers. 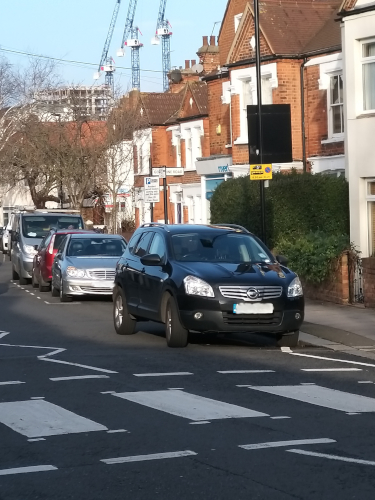 Tuesday was another early start as I travelled to City Hall with Cllr Samia Chaudhary Cabinet Member for Leisure Services. We were invited by the Mayor of London to hear the results of who was going to become the Borough of Culture 2021 and 2023. 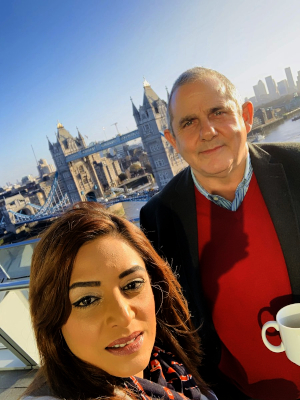 Cllr Samia Chaudhary, Cabinet Member for Leisure Services and myself outside City Hall

Unfortunately, we didn’t win. Congratulations to Lewisham and Croydon for their successful bids. I would like to thank all the community groups, artists and staff who helped us put our bid together. It was a great team effort. What it has done is shown us what a vibrant and creative borough we are, with outstanding arts and culture. We will build on the work we put into the bid to make the borough even better.  Later in the morning, I attended the London Congress, where I met with the Mayor of London, Sadiq Khan and many other London Borough leaders. We discussed several topics including policing and knife crime particularly with young people. In the afternoon, I attended the Skills for Londoners Board meeting before heading back to Hounslow House for the meeting of Cabinet in the evening. For more information please see the agenda.

Wednesday, I was in and out of meetings with council officers. In the afternoon, I had a Ward Meeting with Cllr Samia Chaudhary, Cabinet Member for Leisure Services, Cllr Richard Foote, Ward Councillor, and Cllr Candice Atterton, Cabinet Member for Adults, Social Care and Health about the Thriving Communities Fund.

In the afternoon, I was at Hounslow House where I had joined our  Chief Executive, Niall Bolger for the All Staff Briefing, this is a series of meetings throughout the municipal year to update council staff of any important information and decisions which have been made.

This morning, I attended a business breakfast meeting at the Holiday Inn, Brentford Lock. If you drive by you will see that we have now pollarded the tree that was overhanging the pavement and road, Because of its size we had to close the road. We apologise for any inconvenience caused.

Tomorrow afternoon, I have my monthly surgery at Augustus Close, Brentford Dock you can find out more about this here.

Best of Luck to England Cricket this weekend as they continue the T20 series against South Africa, England are currently one – nil behind with two more games to play.  The Bees will be travelling up to the Midlands this weekend to take on Birmingham City. Birmingham are currently fourteenth on the table. I hope the boys can keep the current form and come out the victors. London Irish will be taking on Harlequins this weekend as there is a week break for the Six Nations. The game will be played at the Stoop so please expect there to be delays and road closures in place around Twickenham. Please plan journeys ahead.

We’re in for another storm and high winds again this weekend. Please remember to wrap up warm when going out. There is an amber warning out for rain on Sunday so please be wary as there may be cancellations to bus services and localised flooding. Please check the Met Office website for more updates before travelling.