It’s been another challenging week, with COVID cases continuing to rise across London, and the continued, devastating economic impact the pandemic is having on Hounslow. This week’s announcement that Cineworld is temporarily closing all of their UK and US cinemas has been particularly hard for staff and residents in Feltham, which has only recently been given planning consent for a significant upgrade and refurbishment. Cineworld’s decision will also delay the opening of their 2000-seater multiplex cinema in Hounslow town centre, which is part of the Barratt London development. 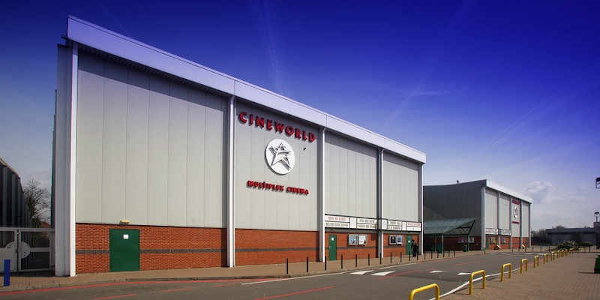 It was a good start to Monday to meet our new Head of Resident Services, Stuart Coleman - socially distancing of course! Stuart joined the Housing Department in September. He’s got a lot to do but he’s working with a great team supporting our people in council homes right across the borough. It’s never been a more challenging time for the team, but they’ve done a tremendous job which I am sure will continue. I wish Stuart all the best in his new role.

On Monday evening, we had our regular COVID-19 update meeting, hosted by London Councils. We heard directly from Public Health England (London) and others on the current state of play. As you know, because of the recent problems with Test and Trace, many London boroughs are seeing an increase in infection rates. At the moment there is no clear picture, but you may be aware the Government is considering a 3-tier system. My understanding - as of today - is that all of London is in Tier 1. But of course that could change if there’s another significant increase in infections. If this happens, it is likely more restrictions will be imposed in the way we have seen in other parts of the country.

On Wednesday I attended the first virtual meeting for Griffin Park Residents Association (Old Football Ground) with EcoWorld, to hear their plans for demolition of the ground. There was a very good turnout for the meeting and lots of good questions from residents. Local ward councillors were also at the meeting, which was ably chaired by former councillor Matt Harmer on behalf of the GPRA. I would like to thank the GPRA, and particularly their Chair, Geraldine, for their hard work in making the meeting happen. The residents heard a clear commitment from EcoWorld to do everything they can to minimise disruption to residents during the demolition work.

P.S. You might think, ‘why he is raising this?’ It’s because I live in Braemar Road, a couple of doors down from the main entrance into the ground (pictured below). 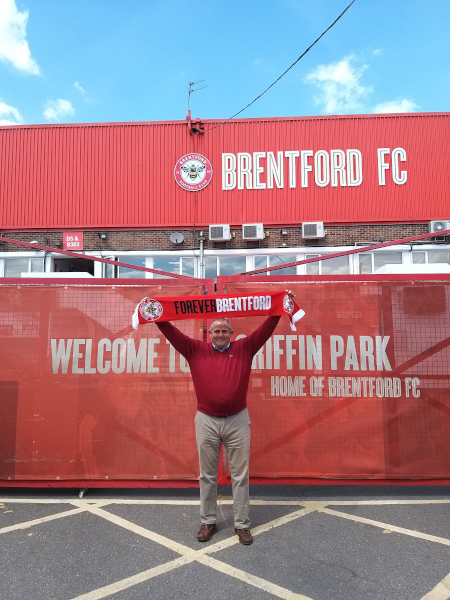 Always in our hearts never forgotten.

As a Council we are celebrating Black History Month with many other community groups, individuals and organisations. Throughout October we have been celebrating inspirational black people who have played key roles in world and British history, including Claudia Jones - feminist, political activist, community leader and journalist. She has been described as ‘the mother of the Notting Hill carnival’. 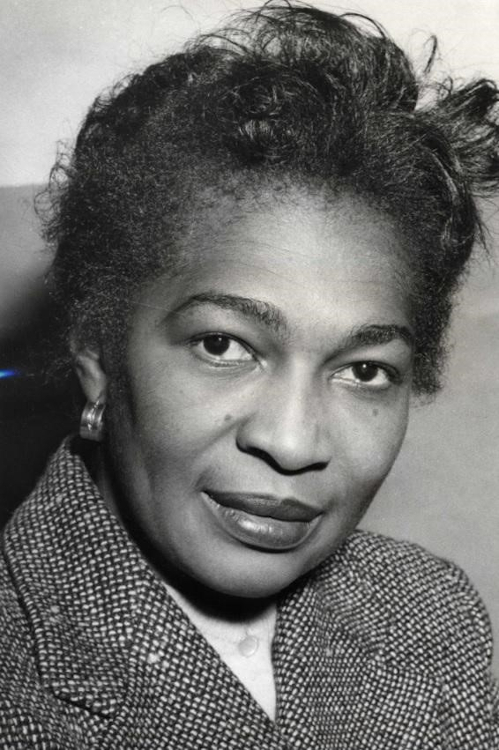 As part of celebrating Black History Month, I was delighted to be invited to speak at the Council’s virtual Employers Fair, held on Wednesday. That is part of the work we’re undertaking to ensure we never forget the massive contribution Black people and the BAME community has made to Hounslow, to London and the Country. We must ensure we do everything we can as a council to drive out and challenge discrimination, inequalities and prejudice. I was pleased to be joined by other agencies, including the Met Police, NHS, Job Centre Plus and others. I don’t forget either the many individuals and community groups that came together to discuss the challenges we all face. I’m very proud of the work everyone is doing to ensure Hounslow remains a place where people are happy to live and work.

Thursday was Clean Air Day. I made a pledge to cycle on more short journeys and many other councillors made their own Clean Air Day pledges. As you know, there is significant change in our road networks with regard to Low Traffic Neighbourhoods, aimed at encouraging more people to walk and cycle. I understand this is contentious in some areas of the borough, but it is essential that we improve air quality for the young and old who are adversely affected by polluted air. We must change our dependence on the car. I have a car and can’t imagine life without it, but that doesn’t mean I can’t change some of my driving habits, especially when making local journeys. To help stop the chaos around schools when parents and carers drop off and pick up their children, we’re introducing the School Streets programme across the borough. We must make these changes to achieve a sustainable difference and improve air quality for all. 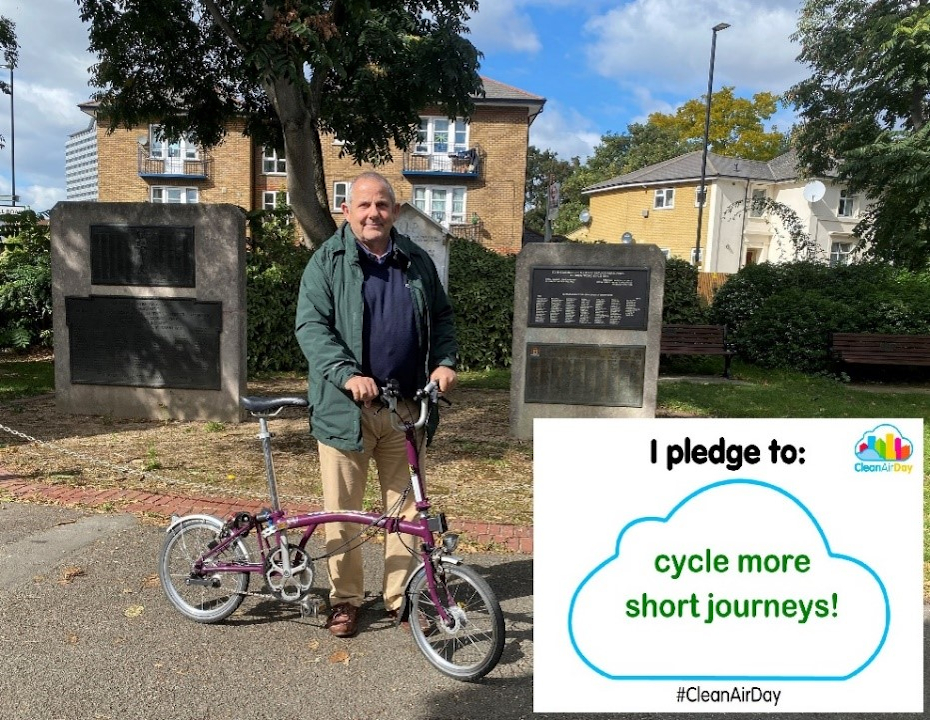 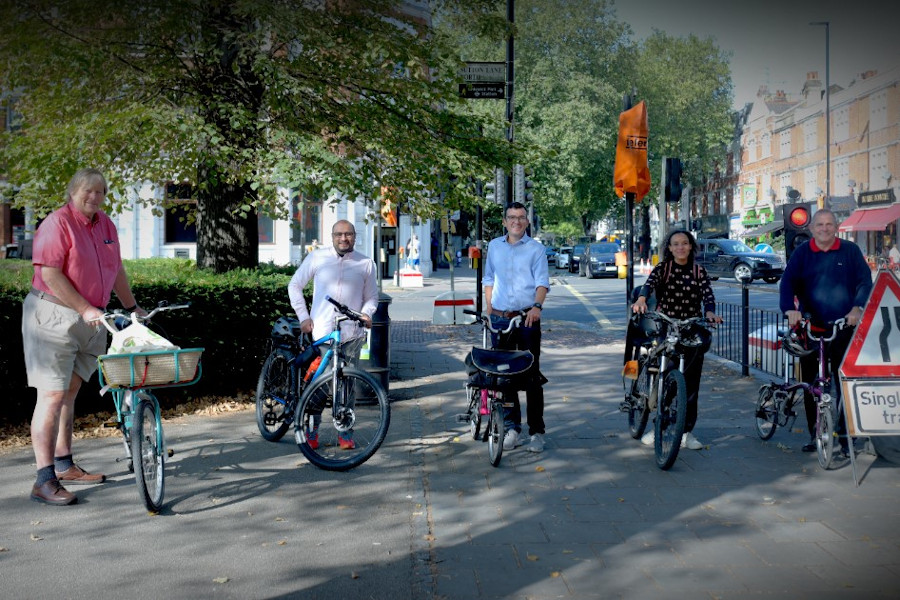 Left to right: Cllr Guy Lambert, Cllr Hanif Khan, Dr Will Norman, the Mayor of London’s Walking and Cycling Commissioner, Cllr Candice Atterton and me on Chiswick High Road recently as the work started on CW9.

I was really pleased to join a virtual meeting on Thursday evening with the Citizens Feltham Community group. I was asked to make a commitment on behalf of the Council to support the LBH Police Team in the work they do for the community, particularly for young people in Feltham, and to help make improvements to an alleyway adjacent to Feltham Station which needs some TLC so residents who use it feel safe. I would like to thank the organisers of the meeting, and particularly the young people of Feltham who have worked so hard to bring the community together. They are the rising stars of the future and it’s important their voices are heard. I would also like to thank Ed Vainker, Headteacher of the Reach Academy for the fantastic work he and his staff have been doing in the community, particularly for young people. I was delighted to be joined by other Councillors, and Seema Malhotra, the MP for Feltham & Heston. There are also others - too many to name - who made that meeting a great success.

Have a good weekend everyone. Stay safe.