I hope you, your family and friends are keeping well.

Last week I shared a video with you about London’s move to Tier 2. If you missed it please watch it here.

On Monday evening I joined other London Borough Leaders to hear the latest from the Director of Public Health England (London Region). We received a detailed breakdown of infection rates, and test and trace details across London. As we move to the end of the first week of Tier 2 of the Government’s coronavirus alert level system, we have to hope the new measures have started to take effect and that we will begin to see a reduction in Hounslow’s infection rate. It is vital that we all play our part and follow the rules, government’s guidance.

On Tuesday evening, I joined a meeting where all Hounslow councillors were briefed by Niall Bolger, our Chief Executive, and Kelly O’Neill, our Director of Public Health. This was followed by a questions and answers session for Members. They are all rightly very concerned about our high infection rate and the adverse effect this is having on residents as well as businesses from an economic perspective.

Later that evening I chaired the Cabinet meeting. We discussed two reports you may find particularly interesting; ‘A Borough Plan for Recovery’ with regard to COVID pandemic, and ‘Tackling Race Inequalities – A way forward’, which sets the Council’s response to the death of George Floyd in the US and the Black Lives Matter movement in the UK. You can read the reports here.

I woke up to a wet and windy Wednesday morning, so obviously (typical!) that meant working outdoors, for the topping-out ceremony at Alcott Close, Feltham. This is part of a programme of small, Council-owned sites development. As you know the biggest cost of building new council homes is land, so doing it this way makes real financial sense. This home is for a person with physical disabilities, they need support, so the build also encompasses a bedroom for a carer.

I’m delighted we’re cracking on with these developments. I’m also very pleased that it's been built in line with the Council’s commitment to being carbon neutral by 2030. I would like to thank our Housing Development / Delivery Team for their continued hard work and the construction company, Borras Construction. 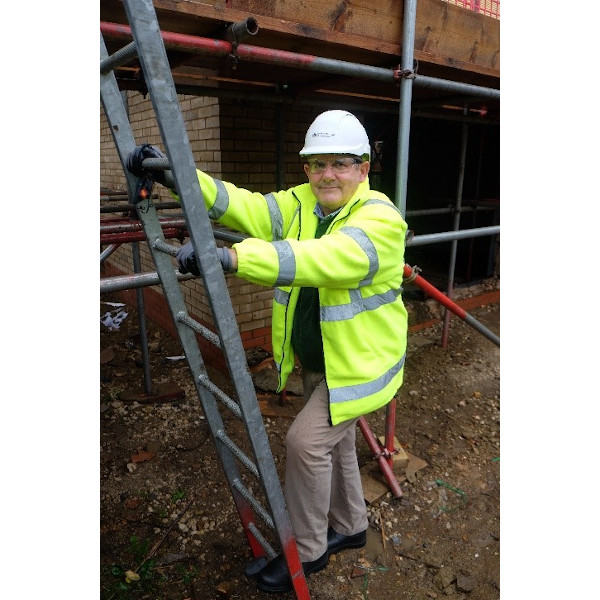 Hope you like the picture and, in case you’re wondering, I did go to the top of the ladder to inspect the new roof and can report that it is nearing completion!

When I got home and dried out, I went straight into a virtual interview with Lorna Ko of Chiswick Buzz TV. I’ve not done these for a few months, so I was a bit rusty. But if you’d like to see the rust, here’s the link to the interview.

In the evening, I was pleased to be invited to the virtual Brentford Lock West resident’s association meeting, chaired by Philippa. The group were particularly interested in hearing about Phase 3 of the Commerce Road development and parking enforcement in Commerce Road. We’ve issued over 80 PCNs for various infringements of parking controls in Commerce Road since the 1 January and residents were pleased to hear that, as they are adversely affected by inconsiderate drivers. We also discussed the Ballymore development, and the infrastructure to support it, such as schools and the NHS, and a whole host of other matters. They also wanted advice on Fire Safety, so I put Philippa in touch with Toby Kempton, the LFB Borough Commander for Hounslow. After a good grilling for just under an hour I said goodbye on good terms and will be delighted to attend the next meeting. 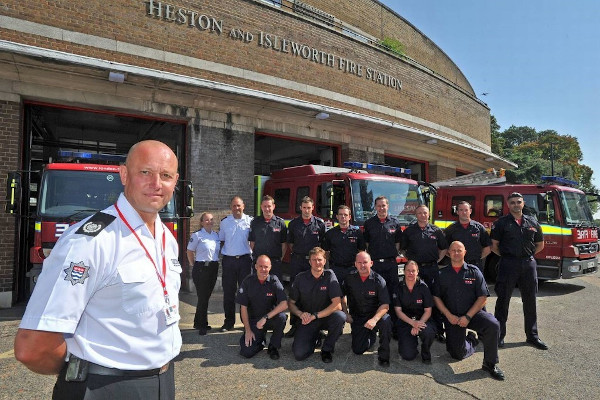 Congratulations to Brentford Football Club for their 2-1 victory against Sheffield. Good luck to the Bees as always for the next match on Saturday 24 October when their away against Stoke City. Wishing the team another successful game and safe journey home. Come on you Bees!!! 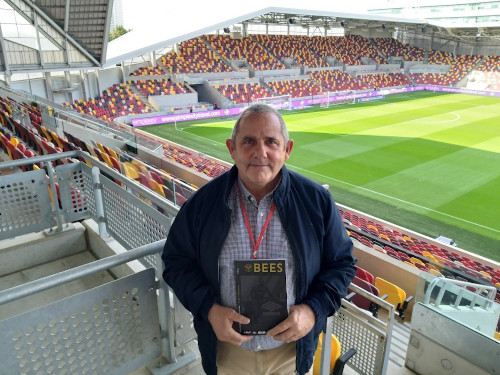 You might have seen this one of me at the new Brentford Football Club Community Stadium!

I was asked by Cllr Guy Lambert, Cabinet Member for Highways, Recycling and Companies and Ward Councillor for Brentford to chair a meeting on Friday morning, held with residents of Swyncombe Avenue. They have raised concerns about traffic flow, since the introduction of Low Traffic Neighbourhood scheme on adjoining roads by Ealing Council. The meeting was very challenging but I was pleased to hear the views directly from residents so I could understand their concerns.

I then went to Brentford Bridge to meet with Gary Winterbottom of Hounslow Highways, Matthew Frith of London Wildlife Trust and horticulture contractors PGSD to discuss how we will further clear the embankment whilst protecting the wildlife and flora. Both Gary and Matthew are experts in their field. If you haven’t had an opportunity, please pop along to Brentford Bridge where you can see some fantastic new artwork produced by Year 8 pupils of the Green School or Boys and Girls. It has certainly improved the very old and tired bridge! Further work will follow on the bridge to secure its longevity for years to come. We won’t allow the same fate for our bridge as there has been for Hammersmith Bridge.

Left to Right: Representatives from PGSD Ltd, Matthew, and Me. We’re outside the Holiday Inn, adjacent to Brentford Bridge and the canal bank in the background. Gary had to the picture!

Straight to my next meeting with Simon, a local design consultant who is working with the Council on ‘Digital Dock’, a new initiative coming soon to bring new life to the High Street in Brentford.

Simon and me outside on Brentford High Street discussing the design.

I’m sure some of you will know, Hammersmith Bridge has been closed which has resulted in longer journey times for many. The closure has led to people using the towpath which runs alongside the eastern edge of Dukes Meadow. With the dark nights approaching we’re are recommending try an alternative route. We have installed new signs and produced a map to help direct walkers and cyclists to and from Barnes Bridge and east Chiswick using a fully lit alternative route which is only a few minutes longer. You can read the full press release and download the map here.

As we approach half term, we need to be sure to stick to the Tier rules, and I have to appeal to residents to stay away from vulnerable relatives this half term and to continue to follow the Tier 2 rules, including not visiting other households indoors. Those rules need to be followed at a range of upcoming festivities we see every Autumn and Winter, like Halloween, Fireworks Night and Diwali.

Don’t forget the clocks change this weekend, one hour backward, maybe that’s one more hour in bed for some of you!

Have good weekend everyone, stay safe.